After Conquering $8,000 Will Bitcoin’s Comeback Last? 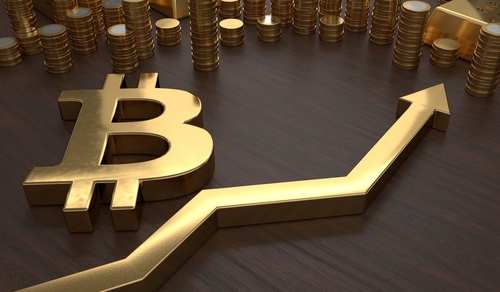 (Kitco News) - Unlike gold, bitcoin has been having a great week, with prices back above $8,000, but will the rally last?

The popular cryptocurrency surprised many naysayers this week by hitting a two-month high on Tuesday while sustaining a bullish momentum.

Many analysts are now wondering if this rally will stick around and whether December’s all-time high of nearly $20,000 is a possibility again this year.

The reason for the bright outlook is partly due to a renewed interest in the crypto market and its potential.

“An inflow of positive news over the past few weeks regarding cryptocurrencies has revived investor appetite for Bitcoin and this can be reflected in the bullish price action,” FXTM research analyst Lukman Otunuga said in a note on Tuesday. “Goldman Sachs and BlackRock have expressed interest in the cryptocurrency markets while the Financial Services Board declared that they do not pose a threat to the global financial system.”

Otunuga forecasts more upside in bitcoin’s price in the near term as the positive momentum carries through the market, attracting more investors.

“It will be interesting to see if the revived positivity over Bitcoin injects bulls with enough inspiration to challenge the $10000 psychological level this quarter,” Otunuga said.

Crypto trader and CEO of BKCM LLC Brian Kelly is also positive about bitcoin’s 20% rise in one week. “There were a lot of big sellers out there,” Kelly told CNBC on Monday. “That appears to be over.”

Kelly added that interest around bitcoin is growing, with more investors wanting to come back after walking away from the market last year.

“I can tell you from the calls that I'm getting, people that looked at [bitcoin] in December and didn't like the price are coming back now and saying, 'Alright, this thing is not going away. We need to understand what it is. Where does this asset class fit in to our portfolio?’" he said.

But some analysts remain unconvinced by bitcoin’s jump, warning investors that a pullback in prices would be natural at this point.

“Given that it has trended down so sharply since May, I wouldn’t want to get too greedy,” Newton Advisor founder and analyst Mark Newton told CNBC on Tuesday. “We'll see a pullback in August.” 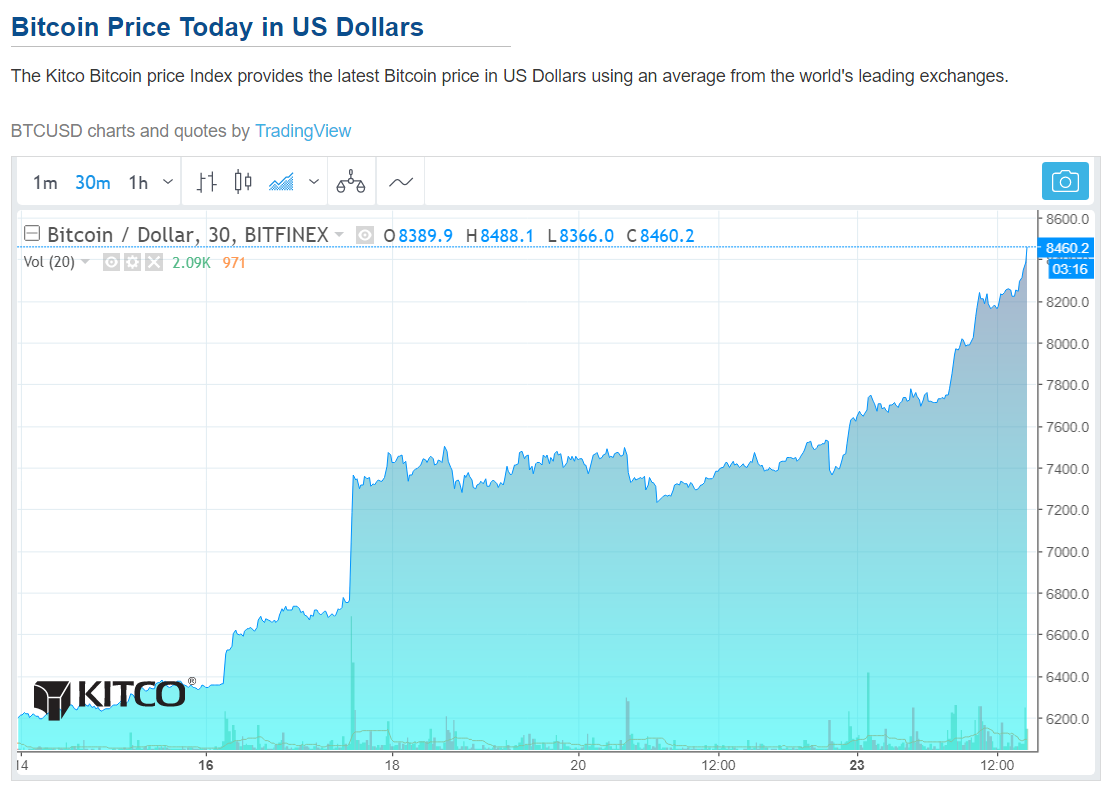 Earlier in June, the popular cryptocurrency dropped below $6,000, leaving many guessing whether or not it hit bottom.

Bitcoin continued to struggle until mid-July, when the charts saw prices surge first to $7,000 and now to $8,000.