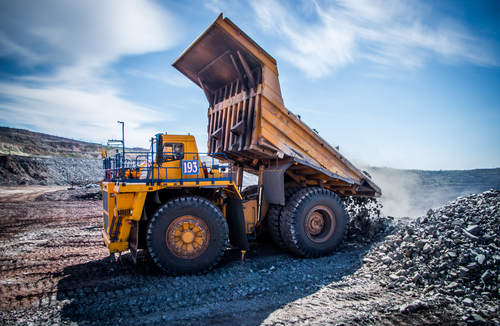 (Kitco News) - Barrick Gold Corp. (NYSE, TSX: ABX) late Wednesday reported a decline in its second-quarter adjusted earnings as output fell from a year ago mainly due to planned maintenance, which contributed to higher per-ounce costs although the price of the metal itself rose.

The biggest special items listed by Barrick included $75 million in currency-translation losses due to weakening of the Argetina’s peso, $59 million in impairment charges related to two different projects, and $43 in other adjustments, including $28 million for staffing reductions and office closures.

The company posted a second-quarter net loss of $94 million, or 8 cents per share, a turnaround from a profit of $1.1 billion, or 93 cents, in the year-ago period.

“Lower adjusted net earnings and operating cash flow compared to the prior-year period primarily reflect the impact of lower gold sales,” Barrick said. “In addition, while total direct mining costs were in line with the prior-year period, direct mining costs on a per-ounce basis increased, primarily due to the impact of fewer ounces sold, as well as expenses associated with planned maintenance at the Barrick Nevada roaster and the Pueblo Viejo autoclaves, and higher fuel costs.”

This was partially offset by several other factors, including higher realized gold prices, Barrick said. The average gold price received by the company rose to $1,313 an ounce from $1,258 a year ago.

Second-quarter revenue fell to $1.71 billion from $2.16 billion a year ago. The company maintained its quarterly dividend at 3 cents per share payable on Sept. 17 to shareholders of record as of the close of business on Aug. 31.

The company reported its second-quarter production earlier this month. Gold output fell to 1.07 million ounces in the April-June period from 1.43 million a year earlier, while copper output slipped to 83 million pounds from 85 million.

The company’s debt was cut from around $6.4 billion to $5.8 billion, bringing total debt repayments over the past five years to $10 billion, Barrick said.

Based on positive drill results, Barrick announced a new, high-grade gold discovery at Fourmile, located within the Cortez District in Nevada. The company has allocated additional funding for drilling at the project over the remainder of 2018.