(Kitco News) - Despite its continued underperformance within the precious metals market, one global investment firm remains optimistic that silver will regain its luster. 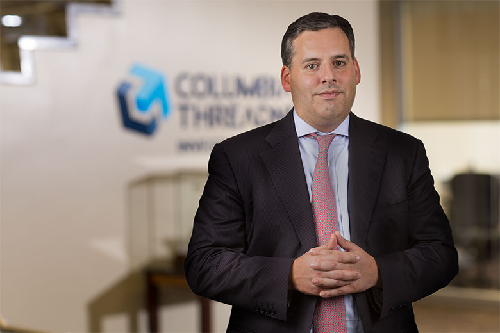 In an interview with Kitco News, Nicolas Robin, portfolio manager for commodity investments at Columbia Threadneedle Investments, said that when interest in the precious metals sector picks up, he expects silver to outperform gold.

“Silver is a relative value play for us. We think silver has been oversold and we own silver over gold,” he said. “The investments that we are looking at right now are assets that have significantly underperformed because of trade war concerns and a stronger U.S. dollar.”

“We think there is a decent chance that gold breaks below $1,200 an ounce because of further strength in the U.S. dollar,” he said.

Looking at the U.S. dollar, Robin said that he sees the currency near the top end of its range.

“I think there has been very significant short-covering in the U.S. dollar but that appears to be ending and this should help gold and silver going forward,” he said. “Every negative news on trade has been positive for the U.S. dollar, but a lot of that news has been priced in now.”

Along with precious metals, the broad-commodity sector has seen significant selling pressure in recent months; however, Robin said that his firm is seeing the opposite as investor interest has grown. Last month the firm announced that its commodity fund rose to $2 billion in asset under management, the highest amount since the fund was launched eight years ago.

While the threat of a global trade war has weighed on commodity prices recently, Robin said that investors are looking past the short-term volatility. He said that his firm remains bullish on commodities as economic growth remains strong and inflation picks up.

Robin added that the U.S. government could end up resolving its trade dispute with China by the fall ahead of the mid-term elections because “President Donald Trump will need to follow through on promises made to his voters.”

At the same time, Robin said that a prolonged trade war could be positive for commodities and both the U.S. and China might ramp up infrastructure spending to support shrinking economies.

The gold price has risen heading into the European open