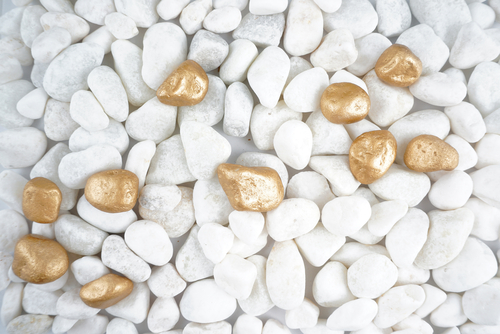 (Kitco News) - What has a higher probability of panning out — finding gold while lying face down in the river or winning the lottery? Well, one amateur prospector tried his luck with the former and struck gold in the form of an 85.7g (3.02oz) nugget.

The nugget, named the Douglas Nugget, is reportedly the biggest to ever be spotted in Britain over the last 500 years.

The amateur prospector, who is choosing to remain anonymous, used the “sniping” method to look for nuggets in the riverbed, which means employing the help of a snorkel.

The location of the find, which happened two years ago, is not being disclosed to keep others away from the site and avoid a gold rush.

“I was following a crack in the bedrock and found around 2g in fine gold,” The Guardian quoted the discoverer as saying. “This then led to a pocket, where I uncovered the nugget. I called over my friend to have a look and we both assumed it to be around 5-7g in weight. It wasn’t until I removed it that we realized just how big it was.”

“I took off my glove and picked it up, jumped out of the water and screamed ‘bingo!’ to my friend. We were both stunned and couldn’t believe it. I’ve never seen anything like it in my lifetime,” he added.

The value of the nugget could easily be more than $65,000, according to gold panning expert Leon Kirk, who told the British publication that the find is “rarer than an Aston Martin or a Fabergé egg.”

Despite the gold nugget’s location being kept under wraps, the gold rush is reawakening in Scotland, said Kirk, noting that hundreds of amateur prospectors are signing up for the gold panning courses offered by the Museum of Lead Mining located south of Glasgow in Dumfies and Galloway.

Whether or not the prospectors get to keep the gold nuggets found in Britain depends on whether they got permission to remove them from the riverbed, as usually all gold or silver found in England is classified as belonging to the crown.