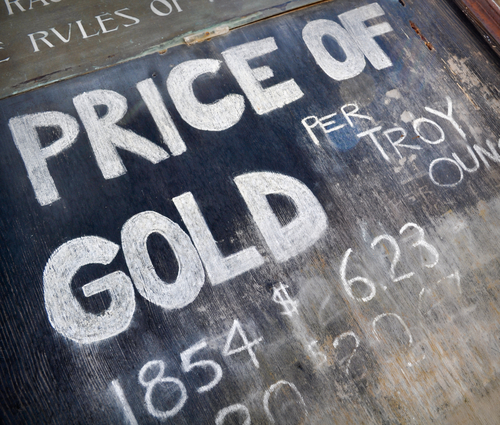 (Kitco News) - As August doldrums are rolling in, the gold market might surprise investors on the upside, according to Eric Sprott, billionaire precious metals investor and founder of Sprott Inc.

“We had our ‘wash, rinse and repeat’ and now we are ready for the up cycle,” stated Sprott.

August Comex gold hit a low of $1,217 on Friday and then continued to trade near its 12-month lows following the advance reading of second-quarter GDP that showed the U.S. economy growing 4.1%, which was slightly less than the 4.2% projected by market consensus.

“I think we might have hit a bottom sometime when gold got down to around $1,210 inter-day on Friday,” said Sprott.

Aside from this, demand for the yellow metal is also looking solid, which might help gold out in what is historically known as a very dull month.

“When you look at what’s going on with the Commitments of Traders and August gold contract coming up for expiry with that huge open interest,” Sprott said. “When you see exports of gold from Hong Kong into Chia go up 46% in the month of June, when you see the Russians continue to buy gold, selling treasuries hopefully to buy more gold, I sort of wonder if one of the things that China wouldn’t do is sell treasuries to buy gold if they get particularly upset with the new tariff regime.”

On top of that, the equity market is looking shaky and any significant drop could also offer additional support to gold prices in August.

“I always thought we lived in a rather enchanted world, where interest rates were zero and we kept printing money all the time. And it looks like theoretically that world has ended,” Sprott said. “We have … signs of things cracking. The 20% decline in Facebook, Netflix running into a few problems, some of the companies that are affected by exports, particularly autos … So we have some segments of the market … that are in a bear market.”

Sprott pointed out that this is not surprising considering that the Federal Reserve is continuing to raise interest rates and shrink the money supply.

“The combination of the Fed shrinking the money supply and raising rates is not going to be constructive for the markets,” he said.