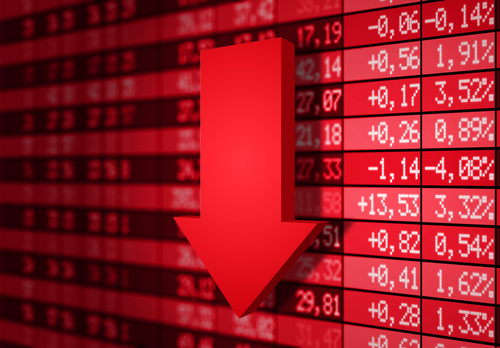 (Kitco News) - Wall Street's winning streak is about to expire and the sell-off could be worse than the one in February, said Morgan Stanley.

“With Amazon’s strong quarter out of the way, and a very strong 2Q GDP number on the tape, investors were finally faced with the proverbial question of ’what do I have to look forward to now?’ The selling started slowly, built steadily, and left the biggest winners of the year down the most. The bottom line for us is that we think the selling has just begun and this correction will be biggest since the one we experienced in February,” Morgan Stanley equity strategists led by Mike Wilson wrote in a note on Monday.

“It could very well have a greater negative impact on the average portfolio if it’s centered on tech, consumer discretionary and small caps, as we expect,” they added.

There is a false sense of security that has been built in the equity space, according to the investment bank.

“The market sent some misleading signals over the last few weeks by limiting the damage to the broad indices when Netflix and Facebook missed.

The Nasdaq Composite Index dropped 1.4% on Monday, while the Dow Jones Industrial Average was down 144 points and the S&P 500 lost 0.58%.

This could be good news for gold, which is a traditional portfolio diversifier against equity risk.

“Analysts and commentators have been ringing the warning bell for some time, but equity markets have marched steadily higher and credit standards have slipped lower. Many investors, however, are understandably wary of these asset valuations and, in the context of changing central bank policy, cautious about their risk exposure,” the World Gold Council said back in January while highlighting some of the main gold drivers for 2018.

“Should global financial markets correct, investors could benefit from having exposure to gold as it has historically reduced losses during periods of financial distress,” the WGC added.