Vanguard Dropping 'Precious Metals'; Traders Ask Is This The Bottom

Editor's Note: The article was updated to include more comments from Fred Hickey, creator of the High-Tech Strategist investment newsletter.

(Kitco News) - One of the largest fund managers in the world is taking a step back from the precious-metals market, and some analysts see this as lightning striking twice and perhaps signaling the market’s bottom. 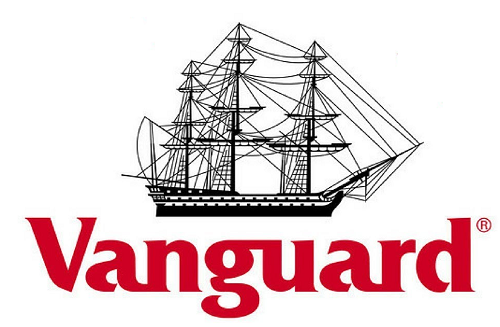 Friday, Vanguard announced that it was restructuring and changed the name of its $2.3 billion Vanguard Precious Metals and Mining Fund. In September, the fund will be renamed the Vanguard Global Capital Cycles Fund.

As part of the restructuring, the company’s press release said, the portfolio is now being managed by Wellington Management Company LLP.

“The restructured Global Capital Cycles Fund is intended for investors with a long-term time horizon who seek a complement to their core global equity allocation that exhibits lower correlations to the broad equity markets. The new strategy and name are expected to become effective in late September 2018,” the company said in a press release.

However, some analysts and traders are questioning the timing of the move and it could be a sign that negative sentiment in the precious-metal sector is at an extreme.

“You can still see more negative sentiment but moves like this from a major fund indicate that we are near a market bottom,” said Avi Gilburt, creator of Elliotwavetrader.net. “You don’t see these types of moves at market tops.”

The move comes as gold prices have lost nearly 10% in the last three months. Gilburt sad that he suspects Vanguard made the change because it was getting pressure from its investors who were tired of seeing loses in gold and silver. This is not the first time Vanguard has adjusted its precious-metals fund.

Back in 2001, Vanguard removed the world gold from what was then its Vanguard Gold and Precious Metals Fund. The move coincided with a low in gold before it started a nearly decade-long bull rally.

Whatever your views on the barbarous relic, it's hard to ignore the sentiment behind Vanguard dropping "precious metals" from its Precious Metals and Mining Fund after having dropped "gold" at almost the exact low in May 2001. $VGPMX pic.twitter.com/VTu0mMYGr5

While for some, Vanguard’s latest move is the ultimate contrarian play, some analysts note that the move could have a negative impact on the mining sector in the short term.

In a comment on Twitter, Fred Hickey, creator of the High-Tech Strategist investment newsletter, said that fund’s exposure to mining stocks has dropped to 25% from 80% because of its restructuring.

He added that this “may explain why big-cap precious metals stocks have been oddly underperforming smaller names.”

That $2.3B Vanguard Precious Metals&Mining Fund was more than a name change(to Global Capital Cycles Fund). Mining stocks (mostly gold stocks) as % of fund drops from 80% to 25%. May explain why big-cap precious metals stocks have been oddly underperforming smaller names (more)

In an email comment to Kitco News, Hickey said that he also sees Vanguard’s move as an indication of a bottom.

“Just as when I witnessed many companies add .com to their names during the tech bubble frenzy in the late-1990s into 2000 - signalling a top, these changes to Vanguard's only precious metals targeted fund likely indicate that a another major bottom for gold is near,” he said. “U.S. budget deficits are soaring, trade wars are escalating, the FANG-driven bull market in stocks is wobbling and seasonal strength for gold make for a very favorable gold and gold stock investing environment.”