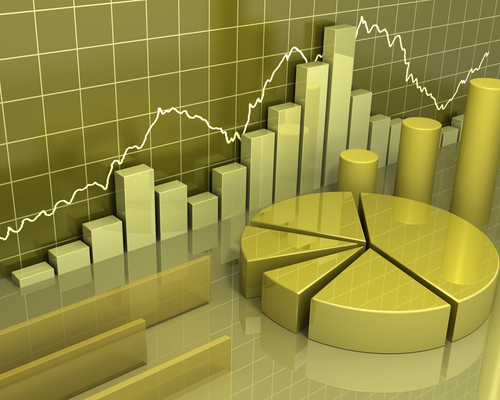 (Kitco News) - August will be a period of consolidation for gold after some heavy losses in July, said INTL FCStone while adding that more downside momentum is likely in September when volume returns to the precious metals space.

“We are looking for a brief period of consolidation in both [gold and silver] before another move lower in September,” INTL FCStone analyst Edward Meir said in a report published on Wednesday.

Overall, gold will continue to struggle, with only a sharp sell-off in equities or the dollar able to save the precious metal from its current lull, the report noted.

“Gold’s action over the past few months has been a profound disappointment for the bulls in that it has been more or less a straight shot down since early April, punctuated only by a few short-lived rallies,” Meir wrote.

One of the main downward drivers for gold this year has been a stronger U.S. dollar, which saw a substantial rally since mid-April.

“The next move out of the Fed is expected in September and so we likely will not see upward pressure materialize on the greenback this month,” Meir noted.

On top of that, the U.S. economy has been doing well, which is boosting the greenback.

“The U.S. economy remains strong, as evidenced by last Friday's second-quarter GDP reading which came in at 4.1% … Most economists believe that absent a trade war, the U.S. economy will continue to chug along over the balance of the year [and] … the Fed is likely going to maintain its rate hiking program well into 2019, an ongoing headwind gold will have to fight.”

The trade situation could offer surprise support to gold prices, as Meir sees no “quick fixes” to tariffs and trade war rhetoric.

“We have been concerned about the tariff situation for some time now and really are not sure where things go from here, although we are more certain that there will be no quick fixes,” he said. “So if trade uncertainties persist … we could see business investment ease going into the second half of the year. A slower growth trajectory for the economy could be modestly negative for the dollar, as investors will likely see the Fed slipping back to ‘pause mode’ on rates.”

'Traders & #investors have a bad habit of trying to trade the news, not realizing the news is priced in and they should be trading on the reaction' - @Bubba_Trading | https://t.co/s15rKmOU8H pic.twitter.com/1FHdgjXCHn

On Wednesday, gold prices dropped to one-year lows after the Federal Reserve left interest rates unchanged while keeping an optimistic tone on the U.S. economy and future interest rate hikes.