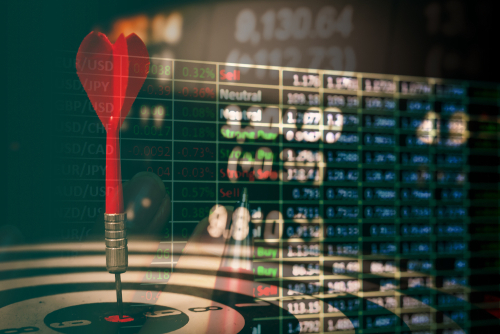 (Kitco News) - Struggling gold prices will soon see better days, with a bullish wave projected to bring about as high a level as $1,370 this year, according to one analyst.

“At the present juncture, sentiment in the gold market looks excessively bearish, which is unsustainable,” Metal Bulletin precious metals analyst Boris Mikanikrezai wrote in a Seeking Alpha post on Friday.

Spot gold prices tumbled almost 9% in the last six months. And on Friday, the prices nearly hit the $1,200 level. The December Comex gold futures also had a tough few months, last seen trading at $1,222.90, down 0.02% on the day, after hitting a 12-month low on Friday.

Despite this major drop, the yellow metal has been one of the most resilient trading options within the precious metals space, Mikanikrezai noted.

“In the second half of the year, I expect a strong rally in gold prices and gold-mining equities as the macro backdrop for the precious metals complex should prove more positive,” the analyst wrote.

The evidence behind the expected turnaround in gold is in the excessively stretched gold's spec positioning on the short side, according to the note.

“[This] suggests that a reversal may be imminent. In my view, bears are playing with fire at this juncture, and some of them are on the verge to get burnt,” Mikanikrezai said.

Fund managers increased their net bearish positioning in gold futures, according to the most recent weekly data from the Commodity Futures Trading Commission.

The CFTC’s “disaggregated” report showed that managed-money accounts upped their net-short position in gold futures to 36,422 contracts from 26,449 the week before. Total shorts rose by 12,447 lots and outpaced the fresh buying, with the latter reflected by an increase of 2,474 gross longs.

These numbers point to a reversal, which could lead to a surge is spot gold prices, added Mikanikrezai.

“According to my estimates, a mean-reversion process, whereby the net spec length (currently at -103 tons tons) converges toward its long-term average (+325 tons), would produce an increase of $149 per oz. in the spot gold price. This means that gold prices could reach $1,374 per oz. at some point this year, corresponding to an increase of 13% from current price levels (~$1,221/oz.),” he explained.

Is A Monster #Gold Rally Just Around The Corner? @jimcramer's Charts Show Bottoms Are In https://t.co/TPm6ry193A pic.twitter.com/h7CBObdXCD

The U.S. dollar has played a big role in pushing gold prices down and it will continue to have a major impact throughout the year, the note pointed out.

“We have a mixed macro backdrop for gold where the positive impact from the dollar weakness is offset by the negative impact from higher U.S. real rates,” Mikanikrezai said.

The important thing to highlight here is that Mikanikrezai projects to see only limited U.S. dollar gains in the short-term.

“It's worth noticing that the dollar's spec positioning has become quite long due to strong speculative buying in the past six weeks,” he said. “Consequently, there is less room for long positions to build in the dollar, which should cap the USD appreciation. This could prompt speculators and ETF investors to jump back in on the long side of the gold market through physical and mining equities, which have plunged to fresh 2018 lows.”