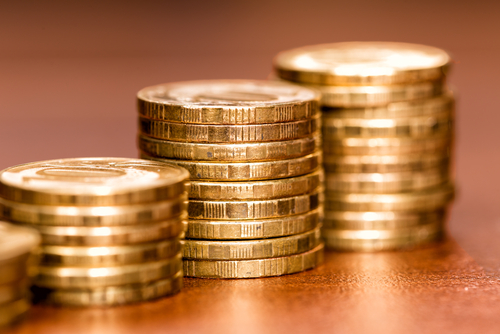 (Kitco News) - December might be the time for gold bulls to finally come out of hiding and enjoy the metal’s return to the $1,300 level, according to the world’s largest bank.

But, ICBC Standard Bank is optimistic that the bottoms are in and gold doesn’t have much lower to go before it can return to its previous levels.

“There is a risk in the short term for a dip below $1,200 if the current market dynamics persist,” ICBC senior manager Marcus Garvey told Bloomberg in an interview on Monday. “But looking at the next six months, we are actually around the bottom for this cycle already, so it is more suited in the long term for investors as a decent level for purchasing for their portfolios.”

Before possibly returning back to last year’s key psychological level of $1,300 gold is likely to first average $1,260 an ounce in Q3, supported by renewed physical demand and a steady Federal Reserve.

“We are going to see almost certainly two U.S. interest rate hikes come this year, but they are already, if not fully priced, fairly nearly. So there isn’t a huge scope for a surprise there.”

A stronger U.S. dollar has been weighing heavily on gold prices this year, taking away the metal’s safe-haven allure despite heightened trade tensions.

In July, ICBC released a report, in which it was already expecting gold to average $1,312.50 in December.

“We forecast spot gold to average $1,260/oz in Q3 and $1,300/oz in Q4, resulting in a marginally reduced 2018 annual average of $1,299/oz. For 2019, we still expect prices to average $1,325/oz,” ICBC said. “The yellow metal’s overall performance has been far from anomalous. Developed market risk assets have been steady and the USD has strengthened significantly on a trade weighted basis – it makes sense for gold prices to have corrected.”

Gold Is Not In A Bear Market, It’s Just ‘Out Of Favor’ For Now — ScotiaMocatta https://t.co/WEQyPOahCn pic.twitter.com/gSxe3VBJqd

One of the major concerns for ICBC remains how U.S. consumers will handle higher interest rates, especially in light of the U.S. personal savings rate hovering around decade lows of 3%.

“We … [are] skeptical about the Fed’s ability to deliver on its dot plot because consumer spending growth is likely to come under pressure from a combination of higher interest rates and unexceptional real wage increases,” ICBC said in its report.

“Our core scenario for the second half is for U.S. Treasuries to hold relatively stable and, with ex-US growth expectations having caught down already, non-USD assets to stage a mild recovery as capital flows back in their direction. On this basis, gold prices should hold within their range and move back towards $1,300/oz,” Garvey added.