Gold Is Not In A Bear Market, It's Just 'Out Of Favor' For Now - ScotiaMocatta 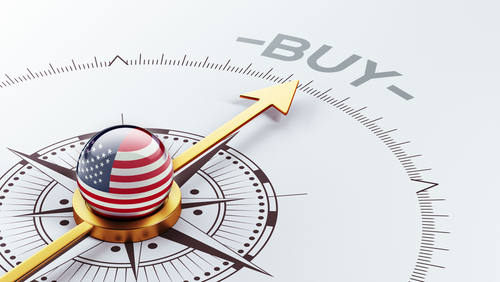 (Kitco News) - Gold will need to drop to at least $1,100 an ounce to be in a bear market, said ScotiaMocatta bank, noting that the yellow metal has been caught in “a general sell-off.”

“Any move over 20 percent is deemed to be a bull market, while it takes a 20 percent drop in prices to suggest prices are in a bear market. Since the April high, gold prices have fallen 11.8 percent – it would take a drop to $1,092/oz to signal Gold was in a bear market,” analysts wrote in August’s Metal Matters report.

Risk-off sentiment has dominated markets these past few months, but fear has failed to translate into new gold purchases, with U.S. Treasuries stealing the spotlight, the bank pointed out.

“Uncertainty as to where U.S. trade wars will lead is undermining business and investor confidence. Risk off implies a pickup in safe-haven demand, but it appears this has been channeled into U.S. Treasuries, not Gold,” ScotiaMocatta noted. “Gold prices have been caught in the general sell-off.”

Gold is not the only safe-haven investment currently “out of favor,” analysts said, highlighting lack of interest in the Japanese yen.

However, this lack of interest could present an interesting opportunity for long-term gold investors, making gold a fairly cheap safe-haven to approach, analysts added.

“With Gold prices now some $160/oz below that ceiling, it may be that Gold starts to look attractive again as a safe-haven,” according to the report.

On top of that, current geopolitical set-up looks supportive of gold prices, especially considering the uncertainty around new U.S. sanctions against Iran.

The first round of sanctions kicked off on Tuesday, with the second round expected in November.

Tuesday’s sanctions focus on Iran’s metals trading, including gold, as well as the country’s automotive sector. They also attempt to limit dealings in Iran’s currency.

“As sanctions will impact financial transactions denominated in the Iranian rial, it may be that Iran accepts Gold as a means of payment for its oil exports, which could put a positive spin on Gold,” ScotiaMocatta explained.

As the situation continues to unfold, the November round of sanctions is said to be even harsher, with the U.S. pushing for as many countries as possible to cut their oil imports from Iran, which at the end of the day works in favor of safe-haven assets, the report pointed out.

“If oil exports fall oil prices could be lifted, thereby adding to inflationary pressures just as US tariffs against other trading partners could also be inflationary. Likewise, the whole US trade war, combined with possibly sharply higher oil prices, could lead to more fall-out in other financial markets, prompting a pick-up in risk-off and more demand for safe-havens,” analysts said.