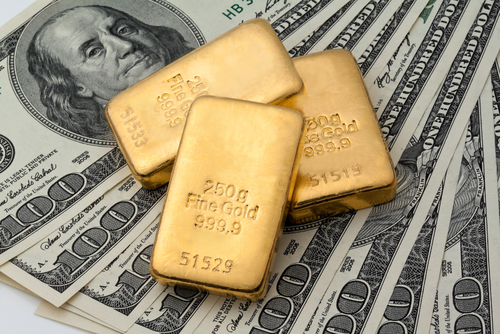 (Kitco News) - Investors might be hesitant to buy gold in its current state, but one research firm recommends at least watching the asset as there is long-term value in the marketplace.

In an interview with Kitco News, Chantelle Schieven, head of research at Murenbeeld & Co, said that her firm couldn’t rule out further weakness in the near-term, but she added that the market is extremely oversold, which is unsustainable.

Her comments come as the gold market has struggled to find momentum as it remains caught in a four-month downtrend with prices hovering near recent 12-month lows. December gold futures last traded at $1,218.60 an ounce, relatively flat on the day.

Highlighting gold’s oversold conditions, Schieven noted that the metal is down 10% from its April highs while the U.S. Dollar Index is up 6.4%.

“Right now gold is the ultimate contrarian play. You may not want to buy it now, but it’s a good time to look at it,” she said. “We just feel that a turnaround in gold is coming soon.”

Looking ahead, the precious metal could continue to suffer in the near-term as the U.S. government wages a growing trade war with China, she said. Gold is being weighed down by surging momentum in the U.S. dollar, with investors viewing the nation as a pillar of strength in the global economy. However, Schieven said that the longer the trade war goes on, the more at risk the U.S. economy will be. She added that the U.S. government will also be reluctant to let the U.S. dollar appreciate much higher from current levels.

Because of the surprising strength of the U.S. dollar, Murenbeeld has downgraded its gold forecast for the rest of the year. The firm sees gold averaging $1,283 an ounce by the fourth quarter, down from its previous estimate of $1,355 an ounce. They still see the potential for gold to push past $1,400 an ounce by next year; however, they are pushing back that forecast to the fourth quarter of 2019.

Although gold could struggle through the rest of the summer, Schieven said that they don’t expect prices pushing much below the 2017 low.

As to what will be the spark that ignites gold’s rally later in the year, Schieven said that they don’t think the U.S. dollar can maintain its momentum. She added that its strength will start to weigh on economic and equity growth.

She added that many companies have raised concerns about the strength of the U.S. dollar in their earnings reports.

“There is an underlying weakness that isn’t reflected in the indexes right now,” she said. “The last thing that the government wants right now is for equities to fall right before the mid-term elections.”