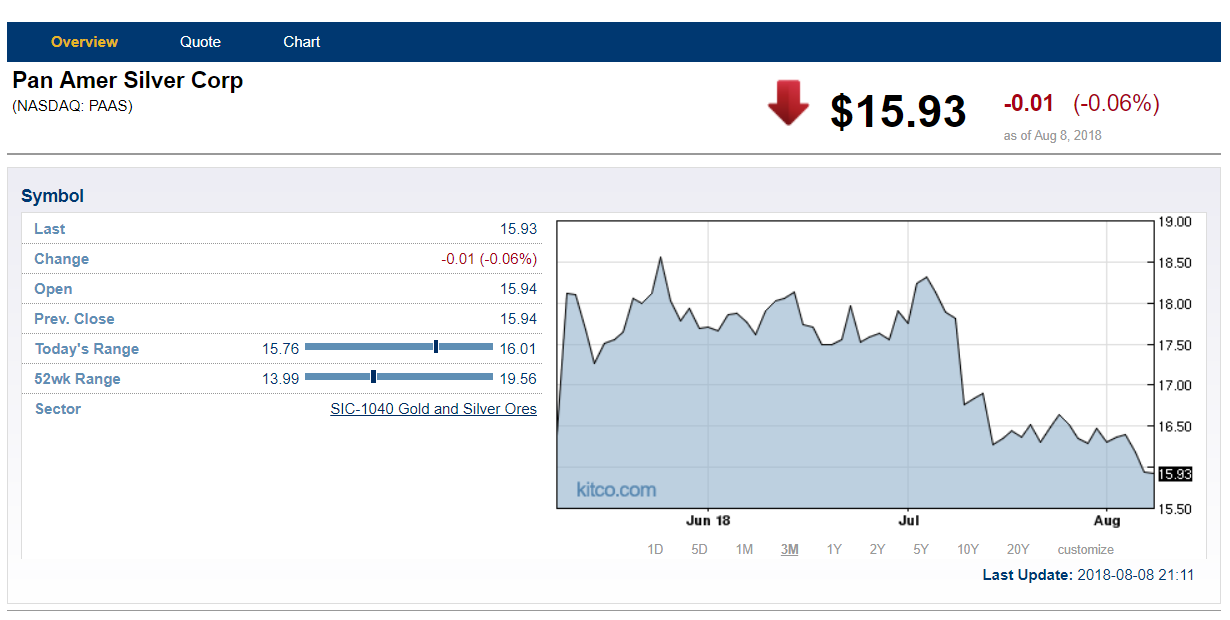 "Our operations continue to generate robust cash flow with mine operating earnings up 22% compared with the same quarter last year," said Michael Steinmann, president and chief executive officer. "We are realizing the benefits of increased throughput from the expansions of our La Colorada and Dolores mines, in addition to strong performance and low costs across all our other mines during the quarter."

Silver production during the quarter was roughly steady at around 6.29 million ounces, versus 6.3 million a year ago. Gold output rose to 53,370 ounces from 37,710. The company also produces zinc, lead and copper.

The average realized silver price fell to $16.40 an ounce from $17.19 in the year-ago period, but the prices for gold, zinc, lead and copper were all higher.

The board of directors approved a cash dividend of $0.035 per share payable around Aug. 31 to holders of record as of the Aug. 20 close.