Is It 'Game Over' For Bitcoin? Technicals Point To Cryptocurrency Dropping To $4,000 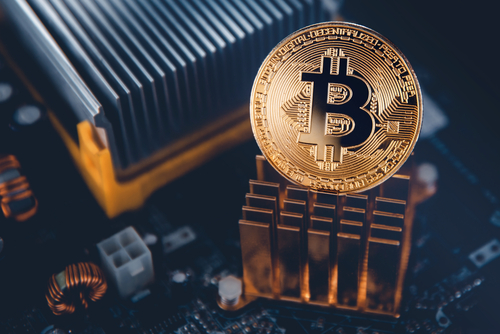 (Kitco News) - Just as bitcoin was starting to look better and trading above $8,000, prices are down again and technical analysts are warning that there could be more trouble ahead for the popular cryptocurrency.

Despite positive news this week that Goldman Sachs Group is looking into offering custody for crypto funds, bitcoin prices tumbled after topping $8,000 in July, disappointing crypto bulls who were hoping for a major rally this summer.

Goldman’s proposal reportedly involves holding the digital securities on behalf of the crypto funds to reduce clients’ risk of cyber-attacks.

Lack of a sustained bounce in bitcoin is a negative sign for the cryptocurrency, which is looking to test last year’s average, said Bloomberg Intelligence analyst Mike McGlone.

“Bitcoin is in dump mode, following the pump run-up on the potential for a U.S. ETF,” McGlone told Bloomberg. “It may not subside until revisiting good support near $4,000 -- last year’s mean.”

On Wednesday, Securities and Exchange Commission (SEC) announced it is postponing its decision on whether to approve a bitcoin exchange-traded fund (ETF) suggested by VanEck and SolidX.

The news sent prices lower and the digital token was last seen trading at $6,564.00, up 0.47% on the day, according to Kitco’s aggregated charts.

Crypto investors are not new to the uncertainty and the volatility surrounding bitcoin, which rose from $1,000 to nearly $20,000 in just 12 months last year.

But, things could get even more out of hand for bitcoin, according to Renaissance Macro Research, which is recommending placing bets against bitcoin if it falls through its year-to-date support level.

“Parabolic moves are notoriously dangerous for short-sellers … Usually a top develops that often appears as a descending triangle over months, with reduced volatility and little [fanfare]," Renaissance Macro Research technical research head Jeff deGraaf said in a note to clients on Thursday. “Once the top is complete on the support violation, the security in question can often be considered permanently impaired or even 'game-over'.”

#Bitcoin Update: #Bulls are working to stop the bleeding, as prices are in a steep near-term downtrend - @jimwyckoff https://t.co/INWuhMLX1y pic.twitter.com/3WDQJM0dEJ

Kitco’s senior technical analyst Jim Wyckoff is projecting for bitcoin to see further losses in the near-term after prices hit a three-week low on Wednesday.

“Bulls are working to stop the bleeding, as prices are in a steep near-term downtrend and the bears still have the firm overall near-term technical advantage. Significant near-term technical damage has been inflicted to suggest more downside pressure in the near term,” Wyckoff said.