Where Are The New Copper Discoveries? S&P Global Points To A Shift In Focus 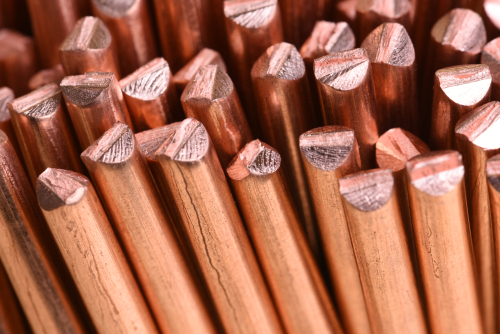 (Kitco News) - Copper discoveries are at record lows and lower exploration budgets are not to blame, said S&P Global, noting that there could be a shortage of quality assets two decades from now.

“Although the market recovered strongly, and copper exploration budgets hit an all-time high of US$4.7 billion in 2012, discoveries failed to follow the trend, with only nine new discoveries made in three years. The declines in market copper prices and exploration budgets that marked 2013 through 2016 had little impact on new copper discoveries, which were already at record low levels,” Murphy wrote. 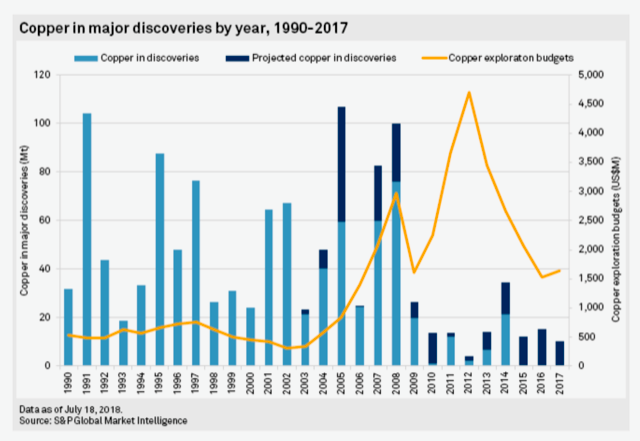 Budgets are not the problem; Murphy explained as he pointed to a significant shift in focus within the exploration sector.

“Junior explorers have increasingly focused on expanding known deposits, while producers have increasingly focused on exploration at their existing operations,” the report said. “Although some new major discoveries have been found at late- stage projects and existing mining camps, the potential to find new major discoveries at such projects is less likely than at riskier, early-stage prospects.”

Another interesting item highlighted in the report is Latin America being the host to more than half of copper discoveries since 1990, with over one-third of copper budgets going to it during the last two decades.

“This significant effort, mostly focused on Chile and Peru, has resulted in more than half of the discovered copper being found in the region; these two countries alone account for 83% of the 555.7 Mt discovered in Latin America and 46% of the global total found since 1990,” Murphy pointed out.

In contrast, Canada and Russia have been lagging behind in the last decade. “Although reasonable numbers of new deposits are being found, they tend to be smaller and developed into smaller producing assets,” Murphy wrote about Canada.

This kind of a decline in discoveries might not be a significant risk in the short-term, but two decades from now there could be a shortage of quality copper assets impacting production, according to the report.

In fact, the biggest short-term threat to copper production, according to S&P Global, is “ongoing contract renegotiations at existing assets.”

Lack of discoveries will only become a problem in 20 years from now, which is the approximate time needed to move a new asset from the first exploration to production, Murphy noted.

“This timeline implies that the reduced discovery rates of the past decade will limit the pool of projects that could come online in 15 to 20 years. Unless discovery rates begin an upswing in the near future, there could be a lack of quality assets available for development in the longer term,” he said.

Despite a dearth of new discovery, copper futures are trading near one-year lows, with September N.Y. copper last seen at 274.70 cents, down 0.67% on the day.