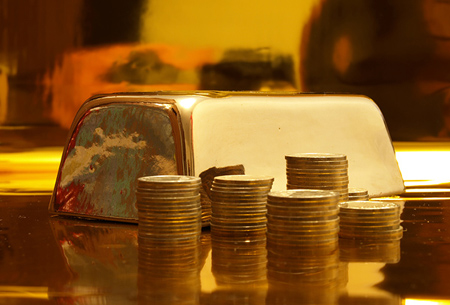 Money managers increased their net-short position in gold futures to 66,116 contracts, compared to 42,528 the week before, according to the CFTC’s “disaggregated” report. The bulk of the increase was due to continued fresh selling, as reflected by an 18,857 increase in total shorts. There was also some long liquidation, as gross longs declined by 4,731 contracts.

“Gold specs added aggressively to their already-record shorts this week, while also liquidating a portion of their length,” said TD Securities. “Indeed, the persistent U.S. dollar strength has kept investors downbeat on the yellow metal's prospects.

“But, stability in the Chinese yuan after a line in the sand was drawn and some safe-haven buying amid turmoil in Turkey should serve to add short-term support. In addition, we look for the flattening yield curve and an eventual easing in the greenback to unwind the record short positioning as the year progresses,” TD Securities added.

Fred Hickey, founder and editor of the High-Tech Strategist investment newsletter, also described the net bearish positioning as a record but suggested better days may lie ahead for gold. He noted that shorts may soon lose control of the market since prices did not fall more sharply despite the large number of bearish positions.

“Violent upturn ahead,” he said.

Meanwhile, in silver, the net short rose to 13,978 futures contracts from 7,942 the week before. As was the case with gold, the bulk of the selling was fresh shorts, with gross shorts climbing by 5,293 lots. Some selling also came in the form of long liquidation of bullish positions, as gross longs declined by 743.