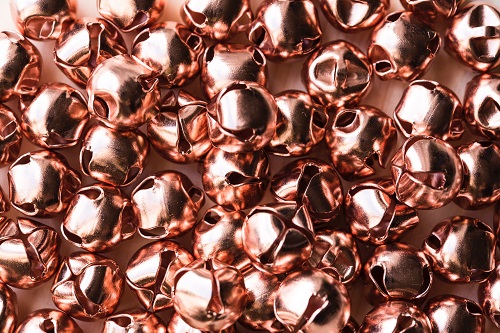 (Kitco News) - Copper prices tumbled on the news that the world’s largest copper mine might be saved from another strike, keeping investors focused on the supply/demand part of the market.

The price of copper plunged to the lowest level since May, with the September N.Y. copper last trading at 257 cents, down 4.01% on the day.

There were reports early Wednesday about a proposal being presented in a form of a new labor contract from BHP to the union of Chile’s Escondida.

This comes after six days of negotiations that attempted to avoid the repeat of last year’s 44-day strike at Escondida, which left a significant imprint on copper’s global production.

The new Escondida development is the primary reason behind Wednesday’s massive drop in prices in copper, according to ING commodities strategist Oliver Nugent, who said that markets were previously pricing in a supply disruption.

“Copper is getting a double whammy hit over the last two days starting off with the news about positive developments at Escondida. The market consensus was that there will be some sort of strike and disruption. It’s looking like that may be avoided as news has been rolling out now that workers vote to accept new pay terms,” Nugent told Kitco News on Wednesday.

“That’s a very positive development for the mine, but negative for the copper bulls. It looks like the supply may not now be disrupted,” he added.

Aside from this, trade war rhetoric is also weighing on copper, with fears that slowing global growth will impact copper demand.

“You’ve got U.S. dollar gaining partly on the weakness in Turkey, which is adding to concerns of global synchronized growth and with it commodities demand,” Nugent said.

Surprising macro data out of China has been especially negative for the base metals, noted commodities consultant with INTL FCStone Edward Meir.

“We have to suspect that yesterday's batch of Chinese macro data is reinforcing the narrative of slowing growth in China and weighing on the base metals space in particular. In this regard, it was reported that Chinese fixed-asset investment growth slowed more than expected to 5.5% in January-July. Retail sales missed expectations as well, up 8.8% in July from a year earlier, but coming in below the expected 9.1% rate,” he said in a note on Wednesday.

But, important to keep in mind that the estimated direct impact of current trade spats is actually limited on the world economy and therefore on copper demand, highlighted Nugent.

“When we look at what’s going on in Turkey and trade wars as a whole, the direct impact to GDP and what that could mean for demand is fairly minor for what it should mean for the usage of copper, usage of nickel,” the strategist said.

It is more about the knock-on effects, Nugent added, noting the possible impact on business sentiment, stock market as well as financial stability.

“This is where these stories, which shave limited direct effect, could blow into something larger. This is where you get this wider risk-off environment coming from,” he explained.

A key thing to keep an eye on as this price plunge unfolds is the copper scrap market, which should tighten.

"What we are really keenly watching right now is that as prices get lower, the quickest fundamental repose will be from the scrap market. We need to be seeing signs now of the scrap market tightening. We are seeing that in Europe, we are seeing that in China. The anomaly is a little bit the U.S., where scrap is still abundant. We need to see that market tighten in order to provide fundamental support,” Nugent stated.

Where Are The New Copper Discoveries? S&P Global Points To A Shift In Focus https://t.co/TMZEArbuai pic.twitter.com/ugTzSO1pbm

A medium-term outlook for copper is an optimistic one, with prices projected to recover by the end of 2018 and the beginning of 2019, according to ING.