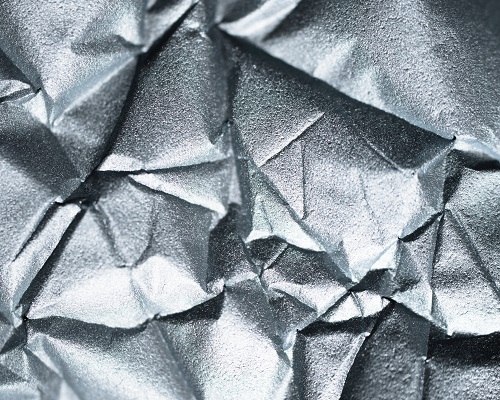 (Kitco News) - This summer’s massive drop in commodities could be a sign of a “rising macro risk” that is going unnoticed by the U.S. stock market, according to Bloomberg Intelligence.

“Declining commodity prices are inconsistent with a recovering global economy, unless the receding tide is an early warning of rising macro risk. This should put the U.S. stock market at a greater disadvantage,” Bloomberg Intelligence senior commodity strategist Mike McGlone said in a note published earlier this week.

If commodities fail to bounce back from the current selling spell, it could mean trouble on the global economic front, the note pointed out.

“If commodities don't recover from the most significant correction of this nascent bull market, the macro indication is greater risk for U.S. stocks, in our view. The trend in higher bond yields appears to have ended with the receding commodity tide. Yields are unlikely to rejoin the upward trajectory with commodities retreating,” McGlone wrote.

Trade tensions, including Turkey’s recent currency crisis, have been weighing heavily on commodities.

“Spot Bloomberg Commodity Index (BCOM) revisit[ed] its initial support zone from the 1Q17 high and 4Q17 low. Bond yields have begun to react to the near-10% correction in BCOM, as the U.S. 10-year bond has backed away from 3% yield resistance,” the strategist said.

McGlone highlighted copper as a key indicator to watch. Copper has been very volatile during the last month, dropping to one-year lows on Wednesday following the news that the global supply will not be disrupted by another strike at Chile’s Escondida, the world’s largest copper mine.

“Commodities trade at a discount to the reflating-global-economy theme since the December 2015 inception of the Federal Reserve's tightening cycle. Sustaining the commodity correction much deeper than 10% should throw a wrench into that scenario, with copper a primary indicator,” the note said.

After hitting the lowest level since May of last year, the Comex September copper contract saw a corrective bounce on Thursday, last trading at $2.6275 per pound, up around 2.64%% on the day.

“The metals-market fate may rest on copper recovering from the July support zone. This year's low about mirrors what was a peak in December 2016 -- the point that marked the breakout bull-market rally,” McGlone said. “Under pressure with the Chinese stock market, further copper declines should be limited. Implications for global economic growth would be significant if copper sustains below this support zone.”

Also, the copper-versus-gold ratio is getting too low without any repercussions, the strategists added.

“Scaling the ratio vs. yield near the averages shows the 10-year yield at the greatest disparity above the ratio since 2011. Over the past 20 years, the copper-to-gold ratio is 0.83 correlated with the 10-year yield, measured annually. Since 2011, the ratio average is 4.9, about what it is today, vs. 2.22% for the 10-year yield. Yields are about 70 bps above this mean,” McGlone explained.

Unless the drop in commodities is a sign of a greater risk to global economy, prices should recover soon, according to the note. “Sustained dollar strength and a shift to a weaker global economy would likely be needed to maintain prices at lower levels,” McGlone said.