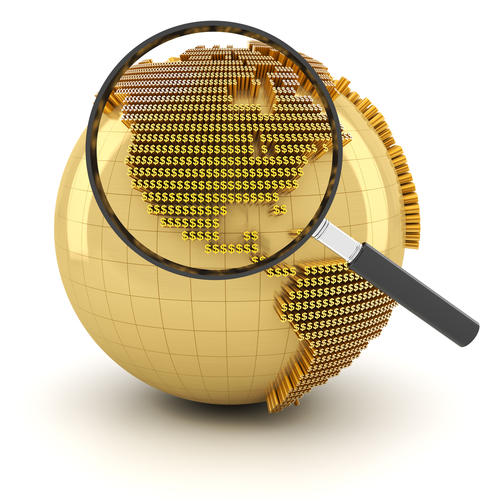 (Kitco News) - Gold had another tough week, breaching the $1,200 an ounce level and struggling to find its way back. But, analysts remain confident that the bottom is near and the yellow metal will see better days soon.

"It is time to bottom out as we expect limited upside in the U.S. dollar, a stabilization and some recovery in the Chinese yuan,” said ABN Amro precious metals and diamond analyst Georgette Boele.

Kitco’s own senior technical analyst Jim Wyckoff said that the bears “appear to be exhausted on the downside,” with prices likely heading “steady up” next week.

Many analysts, however, were not surprised by gold’s price action, citing outperforming U.S. dollar as the primary reason behind gold’s weakness.

“The move in gold is really a function of US$ strength. It has periodically outperformed on a cross-currency basis but by and large gold has been driven down by the dollar’s broad-based rally and, particularly, the move against emerging market currencies,” ICBC Standard Bank commodities strategist Marcus Garvey told Kitco News. “Gold has underperformed our expectations but that is really the other side of the coin to the dollar outperforming.”

With investors wondering if the U.S. dollar is stealing gold’s safe-haven allure amid heightened trade tensions, Garvey explained that the greenback is not the new safe-haven, adding that the current market environment is not even a risk-off one.

“If you look away from the ructions in emerging markets and some industrial commodity markets, the dynamics have not really conformed to ‘risk-off’ conditions. In fact, gold’s performance is in keeping with still strong developed market equities – primarily in the U.S. – and a strong U.S. dollar. For gold to start outperforming on a relative basis, it would likely require DM equities to sell-off,” he said.

The burning question for next week is whether or not gold can recover back up above $1,200 an ounce.

According to analysts, some sort of rebound is expected, but getting above the $1,200 mark could be a tall order in just one week.

“A breakdown below $1,171 could invite a decline back towards $1160. A technical rebound back towards the psychological $1,200 remains a possibility if bulls are able to push prices back above $1180,” said FXTM research analyst Lukman Otunuga.

The drop below $1,200 an ounce took out a lot of stops and encouraged technical selling, added TD Securities commodity strategist Ryan McKay.

The wind of change is definitely in the air for gold prices as record net short positions in gold futures signaling a rebound.

Money managers increased their net-short position in gold futures to 66,116 contracts, compared to 42,528 the week before, according to the CFTC’s “disaggregated” report.

On top of that, physical demand is coming back, which is a great sign for prices in the second half of the year, Garvey pointed out.

“After the latest moves, the financial market is short gold futures at the same time that lower prices (even in some local currency terms) are starting to stimulate better physical demand, particularly from India. This is the classic set-up for a short covering rally if there is any alleviation to the pressure from a strong US$,” Garvey said. “This could be triggered by anything from a small downside surprise in U.S. growth indicators to improving dialogue in the US-China trade negotiations.”

Patience To Be Rewarded

The six-month gold outlook is a much more positive one in comparison to one-week estimates, with gold prices expected to rally back to $1,300 levels as U.S. dollar pressure subsides.

“Given the short investor positioning and recent pick-up in physical demand, our base case is for prices to recover into the mid-$1200s, possibly approaching $1,300 over the next six months. We do not currently, however, see scope for a more significant move higher given the direction of interest rates in the U.S. and still steady developed equity markets,” Garvey said.

McKay also said there is hope for a rally, but not “extremely soon.”

"As the year progresses, the dollar strength will ease. The U.S. hiking cycle will also start to wrap up. TD Securities sees gold rising to $1,250-$1,275 in the second part of the year.

ABN Amro added that even though it expects prices to bottom out soon, gold’s rebound will “take time to materialize,” projecting for prices to climb to $1,250 by December and then to $1,400 by the end of next year.

Capital Economics is on the same page in its long-term gold outlook, stating that in the next few years, the U.S. economy is at risk of slowing, which could force the Federal Reserve to potentially lower rates once again.

“As the boost from the fiscal stimulus fades and the Fed’s cumulative monetary tightening becomes a drag on the economy, U.S. GDP growth will slow to 2.0% in 2019 and 1.3% in 2020,” said Capital Economics commodities economist Simona Gambarini. “We think that the price of gold will be a key beneficiary of looser U.S. monetary policy and of a weaker dollar over the next couple years. Indeed, we expect gold to do even better than the euro. Our end-2019 and end-2020 forecasts for the gold price are $1,350 and $1,400 per ounce respectively.”

Next week’s macro data release schedule is fairly thin, with most of the attention focused on the latest FOMC meeting minutes being published on Wednesday and the U.S. durable goods report due out on Friday.

But, next week’s main event will be the annual global central bank conference in Jackson Hole, Wyoming, which will kick off on Thursday.

Making things more interesting is the Federal Reserve’s announcement that Chairman Jerome Powell will be giving a speech at the conference on Friday. Topics to be discussed will be monetary policy in a changing economy.