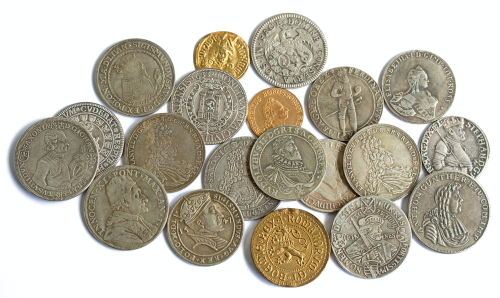 (Kitco News) - The one of a kind George Washington gold coin, dating back to the 18th century, was sold for $1.7 million this week with all the proceeds going to charity, according to Heritage Auctions.

The 1792 gold eagle coin has invaluable history behind it, the auction house said. It is thought to have been given to the first president of the United States George Washington as a sales pitch on behalf of U.S. Mint to obtain a contract to strike U.S. coinage.

After receiving the coin, it is believed that Washington carried it with him as a memento. It depicts Washington’s profile on one side and an eagle on the back.

“Numismatic researchers widely agree it is one of the most important coins in American history,” Heritage co-founder Jim Halperin said in a statement when announcing the sale.

The U.S. Mint received authorization to mint coins for public use in 1972 and a year later copper and silver coins were produced depicting Lady Liberty on one side and a bald eagle on the other.

Despite appearing on today’s currency, George Washington was against the idea of minting public coins depicting his profile, which is what makes this gold coin so unique.

The Washington coin, which was sold on Thursday, has always remained in private hands, with the last owner, Eric P. Newman, acquiring it in 1942 and holding onto it until his death.

Newman, who was one of the most prominent coin collectors in the U.S., described the George Washington coin as his favorite.

“[The coin is] unique as the earliest gold pattern prepared for the United States coinage; and it is unique because only one example of the coin was made. What other American coin can command historical and numismatic respect of that magnitude?” Newman wrote in a 1975 article for Coin World.