Being 'Used To Bad News' Is Keeping Gold Down - Perth Mint 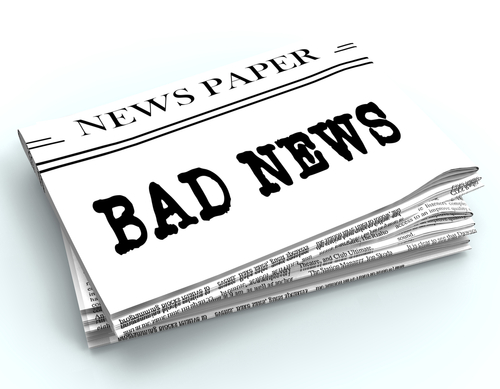 (Kitco News) - The world has been thrown in a whirlwind, with one bad news after the other making chaos the new normal and leaving gold prices without a life raft, said Australian Perth Mint.

“The world, to some degree, has been quite used to bad news,” Perth Mint CEO Richard Hayes told Bloomberg.

Despite significant trade risks and a recent currency crisis in Turkey, gold has remained on the sidelines, falling below the $1,200 an ounce level and trading near 1.5-year lows last week.

During the past six months, gold prices tumbled 12%, losing almost 4% in the last 30 days alone. But, things are looking up as December Comex gold futures saw a corrective bounce on Friday, rising to $1,191.70, up 0.63% on the day.

In the past, almost any geopolitical risk as significant as this summer’s would have sent gold rallying, but not this year, said Hayes.

“If you were to go back seven or eight years, any one of the trade wars, or what's happening in the Middle East, or China, Brexit, the rise of the far left and far right, any one of those events would have been enough to make a fairly significant impact on volatility of prices of precious metals,” he stated.

Despite gold’s poor performance this summer, some analysts remain confident that gold has not lost its safe-haven appeal, adding that any time a geopolitical risk benefits the U.S. dollar, gold suffers.

“For example, the price of gold fell by roughly 30% during the global financial crisis when the dollar strengthened. The price of gold only started rallying towards the end of 2008. This was after the Fed cut interest rates and embarked on quantitative easing, which caused the dollar to depreciate sharply,” Capital Economics commodities economist Simona Gambarini said in a note published last week.

On the other hand, some analysts are convinced that risk-off environment is not even here yet, which would explain why gold prices are not seeing a rally.

“Gold has underperformed our expectations but that is really the other side of the coin to the dollar outperforming,” ICBC Standard Bank commodities strategist Marcus Garvey told Kitco News on Thursday.

“If you look away from the ructions in emerging markets and some industrial commodity markets, the dynamics have not really conformed to ‘risk-off’ conditions. In fact, gold’s performance is in keeping with still strong developed market equities – primarily in the U.S. – and a strong U.S. dollar. For gold to start outperforming on a relative basis, it would likely require DM equities to sell-off,” Garvey added.

On a positive note, gold’s long-term outlook continues to be quite solid, with prices expected to rally back to $1,300 levels as U.S. dollar pressure subsides.

“Given the short investor positioning and recent pick-up in physical demand, our base case is for prices to recover into the mid-$1200s, possibly approaching $1,300 over the next six months. We do not currently, however, see scope for a more significant move higher given the direction of interest rates in the U.S. and still steady developed equity markets,” Garvey said.

Capital Economics is on the same page, stating that in the next few years, the U.S. economy is at risk of slowing, which could force the Federal Reserve to potentially lower rates once again.

“As the boost from the fiscal stimulus fades and the Fed’s cumulative monetary tightening becomes a drag on the economy, U.S. GDP growth will slow to 2.0% in 2019 and 1.3% in 2020,” Gambarini wrote. “We think that the price of gold will be a key beneficiary of looser U.S. monetary policy and of a weaker dollar over the next couple years. Indeed, we expect gold to do even better than the euro. Our end-2019 and end-2020 forecasts for the gold price are $1,350 and $1,400 per ounce respectively.”