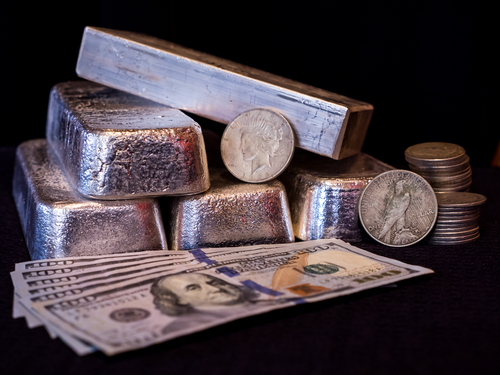 (Kitco News) - After a major sell-off, precious metals are a cheap buy for long-term investors, according to Wells Fargo Investment Institute, which highlighted silver as the best investment choice at the moment.

“At the top of our commodity buy list are metals, especially precious metals. Silver looks to be the best buy,” Wells Fargo Real Asset Strategy head John LaForge said in a note to clients.

“[Silver] is down … and has a good fundamental backdrop … For long-term investors, accumulating silver in the $13-$14 range, looks like a ‘good deal,’ in our view,” LaForge said last week.

Wells Fargo is of the view that the U.S. dollar rally, which has been weighing heavily on all precious metals, will subside by the end of the year, lending the much needed helping hand to the struggling metals.

“We should note that Wells Fargo Investment Institute (WFII) believes the dollar’s strength likely will fade into year-end,” LaForge wrote. “This matters because commodity prices tend to move opposite the U.S. dollar, primarily because most commodities are priced globally in U.S. dollars … We anticipate these developments should help commodity prices to bounce.”

The U.S. dollar has been partly driven by the escalation of trade tensions between the U.S. and China this summer, Wells Fargo pointed out. But, the institute also noted that the fears of the U.S. dollar strength making precious metals more expensive and weighing heavily on future demand are taken out of proportion.

“A strong U.S. dollar often makes commodity purchases more expensive for a country that has its own currency. If the dollar strengthens too much, the result can be fewer commodity purchases,” LaForge explained. “Commodity markets appear to be worried about such a demand slowdown, particularly from the massive commodity importer, China. Investors already were worried about slowing Chinese growth, but WFII believes that those fears may be overblown.”