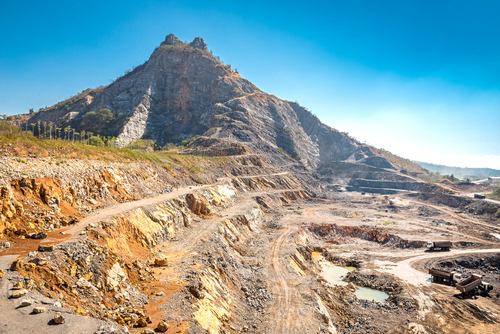 (Kitco News) - Gold production will hit “generational lows” in some key regions, according to S&P Global Market Intelligence, which highlighted Australia and Peru as the countries in trouble.

Even though global gold production is expected to reach new highs in 2019 and 2020 after already hitting an all-time high of 106.5 million ounces in 2017, a turnaround is foreseen for 2021 and onwards, S&P Global said in its annual Gold Pipeline report.

“With many new operations ramping up and a steady stream of assets progressing toward production, we project further production increases through 2020 to as much as 111.7 Moz before falling output at existing operations outpaces new growth in 2021,” S&P analyst Chris Galbraith wrote.

The report calls for global output to drop almost 15% by 2022, citing falling grades. The regions to be affected the most are Australia and Peru.

In Australia, gold output is estimated to plummet to record lows of 6.8 million ounces by 2022, marking a 33% drop just within three years, said Galbraith.

This outlook is surprising, especially in light of S&P Global’s projection that Australian gold production will reach a 26-year high of 10.2 million ounces in 2019.

One of the reasons behind this upcoming drop is the looming end of life mine cycles for some major mines in the region.

In the case of Peru, production is estimated to plunge by 1.9 million ounces by 2022, largely due to no new gold mines coming online since 2017. 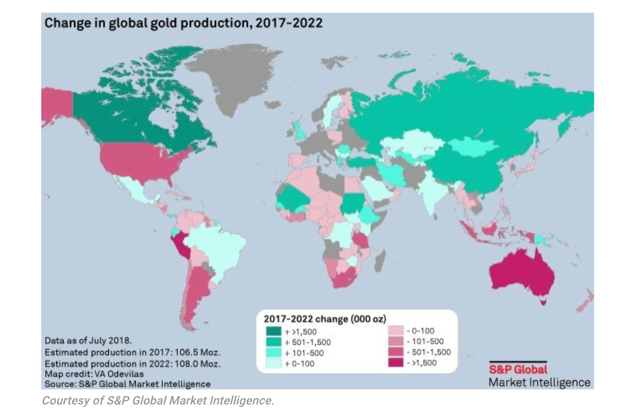 On a more positive note, Canada is set to become a major player when it comes to future gold production, with growth levels beating all other jurisdictions. S&P Global sees a possible climb of 62% from 2017 production levels.

Global long-term estimates, however, are looking much less positive, with falling discovery rates limiting “the pool of potential assets for development,” according to the report.