Gold To See Short-Term Bounce, But Down Trend Isn't Over - Market Strategist 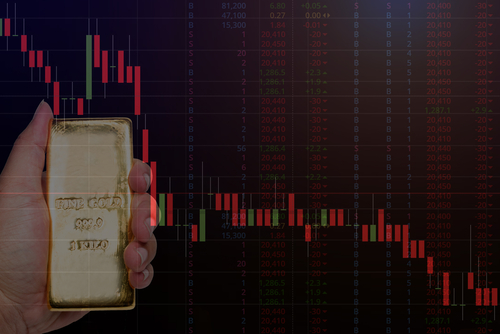 (Kitco News) - While the gold market could see a bounce from its recent 1.5 year low, one market strategist said that more work needs to be done before the precious metal resumes its long-term uptrend.

Avi Gilburt, creator of ElliottWaveTrader.net said that he is expecting to see a small reprieve in gold’s selling pressure in the near-term and expects SPDR Gold Shares (NYSE: GLD) to push to resistance around $115 and $116 a share. However, he added that he prefers to play gold to the downside until there is a clear break in the four-month selloff.

“I was very bullish on gold coming into 2018 but I said that the market needed to hold $119. Once we broke that level I became very concerned,” he said. “I think we need to see a deeper correction around $105 before we bottom. Right now I am playing shorts off resistance levels, but I am also holding some long-term longs.”

GLD last traded at 112.60 an ounce. Gilburt’s ultimate target sees the price down another 6% before the market is ready to turn around. A fall to 105 would mark the ETF’s lowest price since mid-January 2016.

Gilburt added that because of volatility in the marketplace, with no clear price trend, he is staying away from leveraged investments like options and exotic exchange-traded funds.

“Until there is clear bullish direction in the market, investors who want to trade gold should stick with GLD,” he said.

Looking ahead, Gilburt said that with the current technical pattern that is forming, he expects $105 will hold as a long-term bottom. He added that he is not concerned with the growing negative in the marketplace.

“Sentiment can get a lot more extreme but the more it stretches the bigger the snap back we can expect to see, like a rubber band,” he said.

As for other precious metals, Gilburt said that that he is currently just focusing on gold as it has the clearest technical pattern form.

“I don’t see a bottom in sight for silver right now so prices can still go lower,” he said.

As for the mining sector, Gilburt said that he could see the VanEck Vectors Gold Miners ETF (NYSE: GDX) falling to $15 a share before it finally bottoms.

“The market is in the process of forming a complex bottoming structure and I think we will see lower prices before it’s done,” he said.

GDX last traded at $18.48 an ounce and Gilburt’s target would represent a further nearly 19% decline in the price.