(Kitco News) - Gold is poised for a big short-covering rally, with the metal only needing a fresh catalyst, said analysts with Commerzbank in an outlook report released Friday. 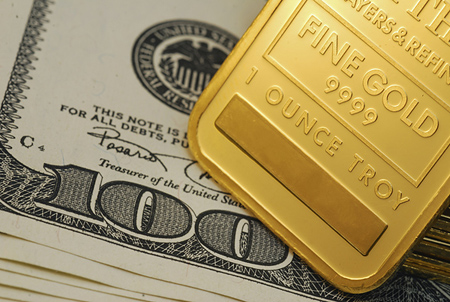 Some investors may be rethinking gold’s historical status as a safe haven, but “we wouldn’t go that far,” the analysts said. The metal has fallen despite a number of geopolitical concerns, such as a currency crisis in Turkey and the U.S.-China trade war.

“The [2018] drop in price is largely the result of a stronger dollar, a buoyant U.S. equity market, weak EM [emerging-market] currencies and speculative selling,” Commerzbank said. “Covering of record-high short positions would cause the gold price to surge. All it needs is a trigger, for example, a correction of equity markets or an end to USD [U.S. dollar] strength.”

The precious metal tends to move inversely to the dollar, which has risen to its highest level in more than a year during recent months, thereby pressuring gold.

“The dollar has reaped the benefit of both its substantial yield advantage versus the euro and from its role as a safe haven,” Commerzbank said. “The latter has led to strong demand for U.S. Treasuries so that the 10-year yield has dropped to well below the 3% mark.”

A buoyant U.S. stock market has also hurt gold, the bank said. Analysts said this contributed toward outflows of 70 tonnes of gold from global exchange-traded funds during the seven weeks to mid-August.

Meanwhile, money managers had a net-short, or bearish, position of 83,324 futures contracts as of Aug. 14, the most recent data available from the Commodity Futures Trading Commission. Commerzbank pointed out that it is highly unusual for these accounts to even hold a net-short position in the precious metal. This also means “it doesn’t take much” to set off a sharp rally, as speculators would be forced to buy in order to offset, or cover, their positions, the bank said.

“One possible trigger for short covering might be a correction on the U.S. equity market, although it would have to last longer than just a couple of days,” Commerzbank said.

Another trigger could be a turnaround in the dollar. The bank’s currency strategists feel that the greenback’s appreciation is nearing an end. In 2019, the dollar could start falling back as the Federal Reserve nears the end of a rate-hiking cycle and the European Central Bank gradually retreats from its ultra-loose monetary policy, they said.

“In our view, gold has fallen too far,” Commerzbank said. “The current price hardly reflects the numerous political and economic uncertainties prevailing. The record level of speculative net short positions suggests a substantial price rally before the end of the year. Given the lower starting point, we are lowering our forecast for year-end to $1,300 per troy ounce. We still expect the price to rise in 2019 to $1,500.”