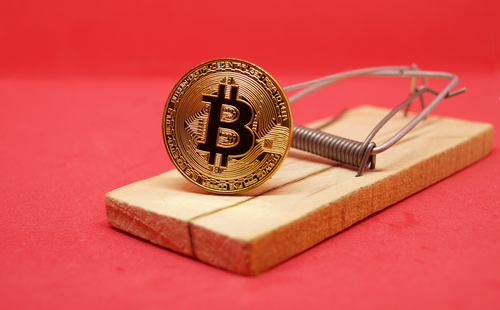 (Kitco News) - As technology continues to reshape the world as we know it, its impact on the traditional physical gold market is hard to quantify, said Australia’s ABC Bullion chief economist while listing four biggest risks threatening the yellow metal in the near future.

“From where I sit, apart from the obvious challenge a bear market in the metal would pose for gold sales, I see four main threats to the growth of the industry in decade ahead,” said Jordan Eliseo.

The chief economist goes on to list cryptocurrencies, competition from ‘gold like’ products, cost, and capital “controls” as some of the main risks looming over the physical gold market.

Eliseo said his analysis was inspired by a question posed by the Ritholtz Wealth Management portfolio manager Ben Carlson on whether or not gold could die out with the boomer generation.

Earlier this month, Carlson asked: “Isn’t it possible faith in gold could potentially die out with the older generations? Doesn’t technology present a massive risk to gold’s standing as a store of value going forward?”

He admitted not knowing the answer, but did state that “you can rule out the possibility that gold’s value to society could be called into question in the decades ahead.”

Before identifying the four risks, Eliseo stressed the strengths of the gold market, highlighting higher demand for the yellow metal.

“Over the decade and a half I’ve been investing in precious metals, we’ve seen the market for gold rise, driven predominantly by the voracious appetite of consumers in Eastern markets, who typically prefer to own their gold in jewellery form, and where there is a high correlation between rising real incomes and rising gold demand,” he wrote.

But, despite the positives, new technology and numerous products claiming the “safe-haven” status are trying to push gold to the sidelines, ABC Bullion pointed out.

One of the newest risks facing the physical gold market is cryptocurrency.

And even though cryptocurrency fans might come around to embracing the digital gold products, they are still unlikely to invest much into the physical side of things.

“The only reason a millennial will abandon cryptocurrencies is if the prices crash, far worse than they already have. If that happens, they may turn to gold and silver, but by definition, they’re unlikely to have much left to invest, even if a few made out like bandits in the great crypto bull market,” Eliseo said. “Even if they turn to gold, they’re far more likely to buy it via a CFD or a futures contract.”

The second risk — competition from gold-like products — is one of the biggest threats facing the physical space, Eliseo added.

“The ‘threat' is best seen through the emergence of exchange-traded funds (ETFs), which allow investors to get a proxy physical gold exposure through an investment via their stockbroker,” he wrote. “In truth, these products are, in many cases, more expensive than trading and storing physical gold (especially for larger investors with a long-term investment timeframe), have less trading flexibility, and are less secure than owning real physical gold.”

In the end of the day, the appeal of ETFs and other digital gold products is based on the younger generation’s insistence of buying investments via apps and in the blink of an eye, according to ABC Bullion. 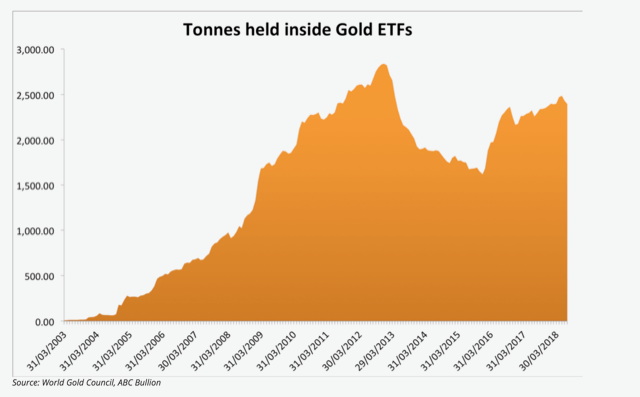 The third risk is the still high cost involved in buying physical gold, including production, shipment and storage.

“Given gold is a physical product that needs to be found, shipped, refined into marketable form and eventually traded with investors, it hasn’t been able to benefit from the quantum leap in efficiency and cost reduction that trading in financial assets have benefited from,” Eliseo stated.

Finally, the fourth risk comes in the form of capital ‘controls — “an increased regulatory control that governs how capital is invested.”

Eliseo cited Europe’s UCITS legislation and Australia’s superannuation industry as some of the examples holding the physical demand back.