Venezuela To Use Gold In Attempt To Shield Savings From Hyperinflation 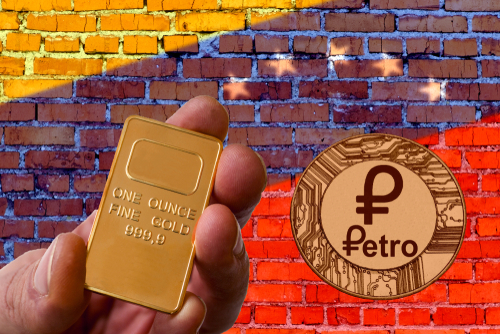 (Kitco News) - As Venezuela’s economic crisis continues to rock the country, President Nicolas Maduro said he will be introducing certificates backed by gold ingots as a scheme to protect people’s savings from soaring inflation.

The plan will start next month, Bloomberg reported, adding that the idea is for pensioners and others to use these gold-backed certificates to purchase various goods, including big-ticket items like cars.

The certificates will be reportedly backed by 1.5g and 2.5g gold ingots made from locally mined precious metal and cost $63 and $104 respectively.

Venezuela has been in deep economic recession since 2014, driven by government economic policy and plunging oil prices.

In order to battle soaring inflation, which is currently running at over 100,000%, Maduro cut five zeroes from the national currency last week.

Back in February, Reuters cited an annual survey showing that almost 90% of the Venezuela’s population lived in poverty.

Due to these dire circumstances, there has been mass exodus into neighboring countries, with Peru declaring a health emergency at its northern border on Tuesday, citing thousands of Venezuelans trying to enter the country.

Maduro’s gold idea will attempt to stop the devaluation of the citizens’ savings. “We have found the formula to advance towards socialism, equality and the development of national productive forces,” he said.

Earlier this month, Maduro also introduced a 3,000% minimum wage hike and tax hikes in a broad economic plan to help save the country’s economy.