Can Bitcoin End The Year On ‘An Explosive Note’? 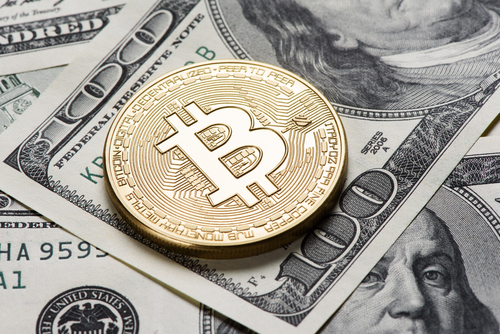 (Kitco News) - After a four-day rally that saw prices climb above $7,000, bitcoin bulls are back with their explosive predictions for the year-end.

The popular digital currency was boosted by a weaker U.S. dollar and new risk-on environment, last trading at $7,040.80, up 0.03% on the day, according to Kitco’s aggregated charts.

“Bitcoin bulls found ample support in the form of a vulnerable Dollar and improving risk sentiment this week with prices breaking above the $7000 level,” said FXTM research analyst Lukman Otunuga.

But, the main driver has been the anticipation ahead of the U.S. Securities and Exchange Commission’s (SEC) decision on whether or not to approve a bitcoin ETF, which has been postponed until September.

But, if various concerns associated with a possible ETF are resolved, it could put bitcoin back on track to see $10,000 once again.

“It’s being rejected because there is a lot of concerns about hackings, market manipulation and just outright fraud in some of the smaller coins that are out there. As soon as some of those bugs [are] worked out, we should see that short-covering rally continue to move on and really that next psychological level of $10,000 could be just right around the corner,” Streible said. 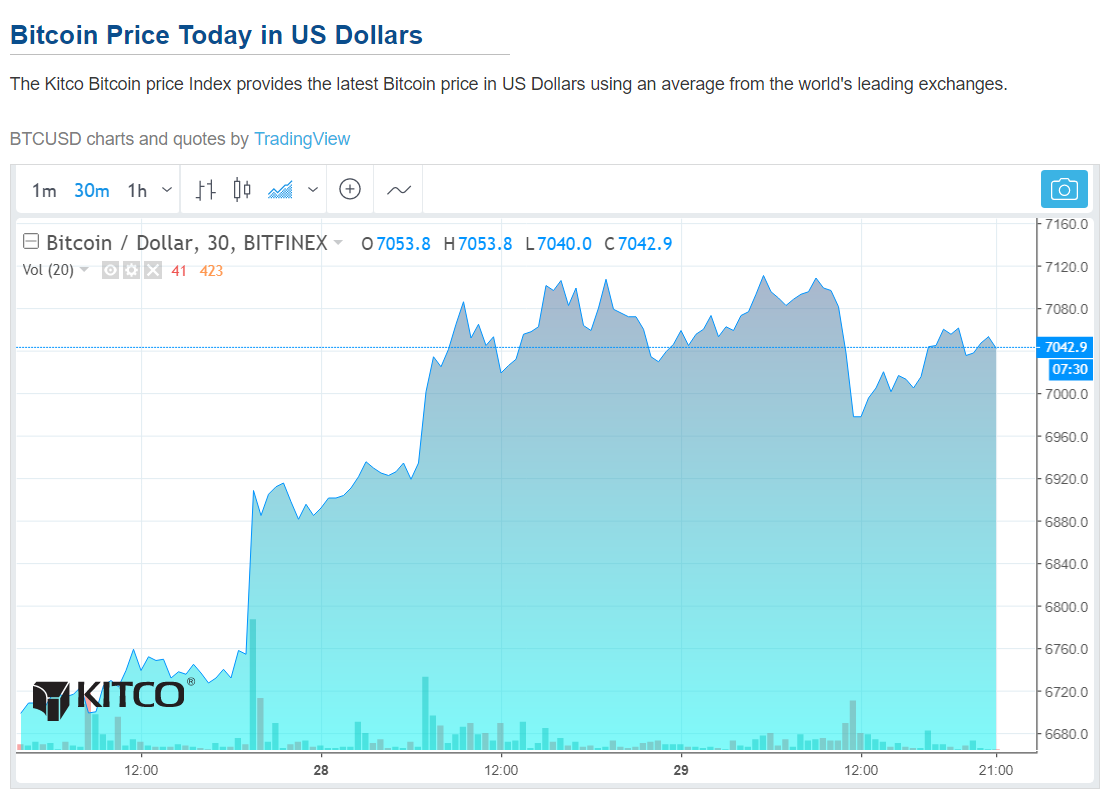 There are high hopes for bitcoin this year. A long-time bitcoin bull, Fundstrat Global Advisors co-founder Thomas Lee, said he still thinks that the digital currency “could end the year explosively higher,” projecting a surge up to $25,000 by year end.

The logic behind his thinking is a correlation between bitcoin and emerging market.

“Both really essentially peaked early this year, and they both have been in a downward trend,” Lee told CNBC earlier this week. “Until emerging markets begin to turn, I think in some ways that correlation is going to hold and tell us that sort of the risk on mentality is those buyers aren't buying bitcoin.”