Mean-Reversion In Gold To Boost Prices To Nearly $1,400 — Analyst 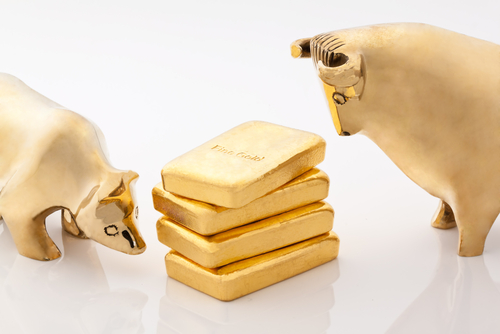 (Kitco News) - Unsustainable bearish positioning in gold points to a mean-reversion process that could spark a rally and see prices nearing $1,400 an ounce this year, according to one gold bull.

“Since the currently excessively negative spec positioning in gold is unsustainable, I assume that a mean-reversion process is about to occur in the remainder of the year,” Boris Mikanikrezai, precious metals analyst at Metal Bulletin, wrote in a Seeking Alpha post on Tuesday.

Mikanikrezai lists two outlooks — a bullish and an excessively bullish one.

“Since spot gold prices closed at $1,196 per oz as of August 21, I expect spot gold prices to reach $1,396 per oz once the mean-reversion process is complete. This represents an increase of 15% from current spot gold price levels. In turn, this would warrant GLD at $132 per oz (base case, 60% probability),” Mikanikrezai added.

In the overly bullish scenario, the analyst sees spot prices touching $1,557 an ounce, an increase of 29% from current levels.

When making a trade, it is key to find skewed reward-to-risk ratios, Mikanikrezai pointed out.

"We see some volatility into Thursday. #Gold's $1,200 level should provide some minor support, with $1,212 level encouraging the shorts to square some of their book" - Kitco's #PeterHug https://t.co/jTLbo9Bo2F pic.twitter.com/P0EHwaEqrL

Gold has had a gloomy summer, with prices hitting 1.5-year lows and lacking momentum in getting prices firmly back to spring highs.

Mikanikrezai, like many others, is blaming the strength in the U.S. dollar for gold’s weakness this summer.

“The rally in the dollar alone has been sufficient to profoundly undermine sentiment in the gold market, evident in the marked deterioration in speculative positioning in Comex gold,” he wrote.