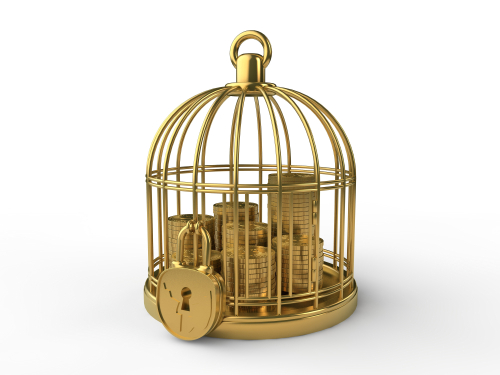 (Kitco News) - With the price bottom nearly in place, gold bulls appear to be ready for action again, according to Bloomberg Intelligence.

Key factors in gold’s recovery will be the U.S. stock market and the greenback, Bloomberg Intelligence senior commodity strategist Mike McGlone said in the Bloomberg Commodity Index Outlook for September.

“The dip in the metals bull market appears near its nadir … Gold has declined 15% from its peak this year, yet remains in a rising trajectory in this rate-hike cycle despite the stronger trade-weighted broad dollar and record-setting stock market,” McGlone wrote. “A bit of sustained mean reversion in the stock market or dollar should unlock the cage for the well-rested gold bull.”

The Federal Reserve meeting on September 25-26 could be one of the positive triggers for gold prices, McGlone pointed out.

Currently, markets are pricing in a 99.8% chance of another rate hike in September, according to the CME FedWatch tool.

“Getting past the expected Federal Reserve rate hike in September should be positive for gold, in recovery mode from good support near $1,165 an ounce,” McGlone said. “Looking at what gold ETFs have done during this Federal Reserve tightening cycle, we believe prices are likely to rise soon.”

McGlone compared today’s gold price set-up to the period just preceding the almost 34% three-week rally in 1999, pointing to the net-short positioning within the gold ETF space.

“A similar pop now would put gold near $1,600 [an ounce] next month. Extremely low volatility is the connection, with gold's 90-day reading the lowest since September 1999. The 60-day level hasn't been this low since 1997. Such a condition is unsustainable, in our view. Mean reversion in volatility typically occurs with the opposite conditions. The greatest net-short position in the Comex (CME)-traded gold database (2006) is an added risk,” he said.

“A minor spark” will also be enough to get the gold rally going, added McGlone.

“In 1999, expectations of limits on central-bank sales were a prime short-covering spark for gold. That rally was fleeting, but current conditions indicate extreme risks for short positions,” he said.

Bloomberg Intelligence is also convinced that gold’s price bottom is near, but added that another boost to the U.S. dollar rally or to the U.S. stock market rally would be a potential headwind.

“Gold holding steady in an environment of dollar strength and a stock-market rally indicates a bullish divergence. Elevated mean-reversion risks for its primary adversaries are quite supportive for a sustained gold rally. The yellow metal bumped up near $1,400 an ounce in April with the Bloomberg Dollar Spot Index and the S&P 500 both down about 3%. Back at good support near $1,200 with recoveries in the stock market and greenback, gold is near the lower end of its trading range,” McGlone wrote.

On top of that, the negative effects of trade tensions on gold should subside, according to the commodity strategist.

“Pressured by trade concerns, the Bloomberg Industrial Metals index appears at a discount within the broader nascent bull market. It's unlikely to be derailed by more aggressive global trade rebalancing attempts from the current U.S. administration,” McGlone said.