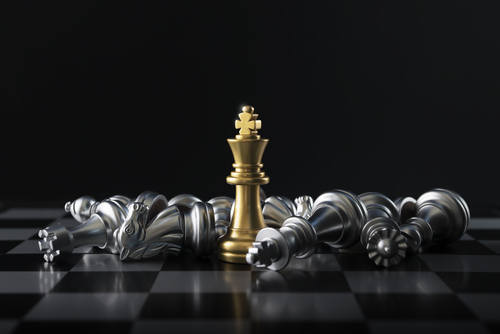 (Kitco News) - With the U.S. dollar stealing the safe-haven status from gold this summer, a potential “win-win situation” for the precious metal could be just around the corner, according to the ScotiaMocatta bank.

“Gold continues not to attract safe-haven interest, even though parts of the global financial system are stressed. International investors see the U.S. as the go-to destination for safe investments,” ScotiaMocatta’s analysts wrote in their monthly Metal Matters report.

“Up until recently, the downtrend had been relentless since April’s high at $1,365.25/oz failed to overcome the January high at $1,366.15/oz, which formed a double top. Interest in Gold in most areas of demand has been weak … despite numerous escalations in the geopolitical arena, including U.S. trade disputes, some jittery emerging markets and the prospects of deeper U.S. sanctions against Iran, all of which could trigger financial crises,” analysts wrote.

TRADER TALK: All real factors are that #gold is forming a bottom and if a trade must be made here, it should be bought - @Bubba_Trading | https://t.co/pfUkHHCpf6 pic.twitter.com/E3GnRcHAN5

But, from here, things could be looking better for the yellow metal, with a “potential win-win situation” developing, ScotiaMocatta stated.

“As the US economy shines, many others do not. Country-specific crises, whether political or financial, and whether triggered by higher US interest rates, poor governance or the threat of sanctions and trade tariffs, seem to be on the increase,” analysts pointed out.

Countries ScotiaMocatta has on its radar include Turkey, Argentina, Iran, South Africa, Russia, Brazil and Italy.

“This could be a win-win situation for Gold,” the report said. “As the emerging market barometer rises then safe-haven interest in Gold may return, especially given that Gold is now much cheaper than it has been for a long time. Alternatively, if the leading central banks of the world start fearing an emerging market crisis they may slow down their monetary policy tightening,” analysts added.

For investors who want to be sure the sell-off in gold is over, prices need to stabilize above the $1,241 an ounce level, suggested ScotiaMocatta.

“Any weakening in the dollar could then trigger short covering by the funds and that could lead to an aggressive rebound in prices,” analysts reminded investors.