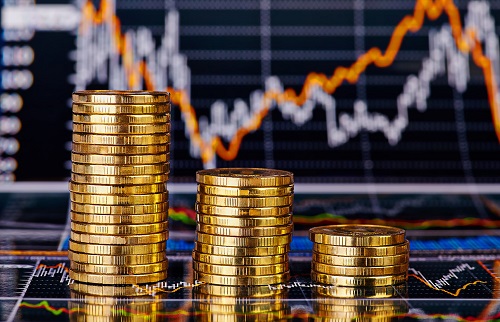 Holdings now stand at 2,353 tonnes after three straight months of declines. The drop was also coupled with softer gold prices and assets under management fell by 3%. For the year to date, ETF holdings are now down by 18.5 tonnes.

Most ETFs trade like a stock but track the price of the commodity, with metal put into storage to back the shares. They give investors exposure to the gold price without incurring certain expenses such as assaying and storage.

“Funds listed in China saw net gains as investors hedged trade risks and currency weakness,” the WGC said in its report. “Flows in Europe were mostly flat. Global outflows were led by North American funds … driven by a combination of momentum – as the U.S. dollar gold price fell by more than 2% for the month – and a risk-on appetite by U.S. investors in the face of an expanding economy.”

Gold ETFs based in North America posted outflows of 44 tonnes. Those in Europe grew by four tonnes, while Asian ETFs added two tonnes. Other regions posted a reduction of two tonnes.

“Funds in South Africa and Turkey suffered losses as the rand and lira depreciated sharply,” the WGC said. “In Turkey, anecdotal evidence suggests that investors have been using gold as a source of liquidity, and we believe South African investors may have acted similarly.”