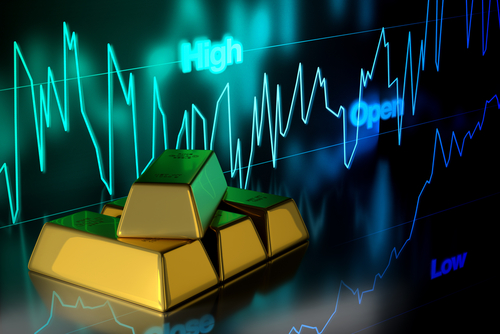 A total of 163,000 jobs were created during the previous month, down from July’s downwardly revised 217,000, ADP said on Thursday.

Ahead of the report, gold climbed on softer U.S. dollar. In an initial reaction to the data, the yellow metal edged up, with December Comex gold last seen trading at $1,211.80, up 0.87% on the day.

Looking at the components of the report, most of job growth was reported in midsized companies that employ up to 499 people, with the number of workers rising by 111,000.

Service-providing sector saw 139,000 job gains in August, while the goods-producing sector added 24,000 positions, largely due to hiring in the construction and the manufacturing.

Economists were disappointed by the report, but warned that lower-than-expected numbers today do not mean lower numbers in the U.S. nonfarm payrolls tomorrow.

“At first glance that may appear to put downside risk around our call for tomorrow's payrolls figures, however, over the past twelve months, the ADP report has diverged from private payrolls by an average of 65K on first release. Therefore, the 37K miss vs. consensus doesn't have us changing our view for a 214K gain in total payrolls tomorrow and shouldn't see much market reaction today,” CIBC World Markets senior economist Katherine Judge wrote in a note to clients.