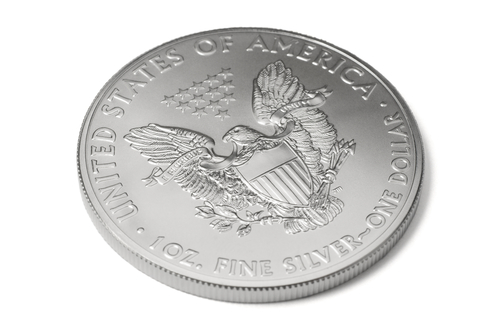 (Kitco News) - The U.S. Mint has temporarily sold out of its 2018 American Eagle Silver Bullion Coins and is currently in the process of producing more.

“This is to inform you that due to recent increased demand, the United States Mint has temporarily sold out of its inventories of 2018 American Eagle Silver Bullion Coins,” U.S. Mint said in a press release published on Thursday.

The announcement comes amidst the strongest silver sales from the U.S. Mint since the start of last year. In August, the U.S. Mint sold 1.53 million one-ounce American Eagle Silver coins, up 72% from the previous month.

In contrast, sales of American Eagle Gold coins fell to a four-month low in August, mirroring a decrease in sales from the same period last year.

While silver coins have done much better than gold coins, physical silver continues to lag in price performance. The gold-silver ratio has expanded to 84.75, while silver has fallen to two-year lows.

Peter Hug, director of Global Trading at Kitco, said that the wholesalers responded by raising premiums by as much as 25%.

“We think that the increase is temporary and may mitigate in about two weeks. We mention it for the investors that have grown weary of the silver market. For those that have thrown in the towel and want to exit their silver positions, the upside is that bid premiums have also gone higher,” he said in a commentary Thursday.