Canadian Miner Hits The Mother Lode, But Geologists Wonder If It's Enough

(Kitco News) - It is the stuff dreams are made of in the mining sector. In one fell swoop, a miner hits the mother lode, but some geologists are questioning the sustainability of the project.

The company said that within the complete cut of about 130 tonnes, it discovered about 9,250 ounces. At current spot prices, the discovery is worth $11 million. In a press release, the company said that the grade was so high that some of the coarse gold was handpicked and shipped directly to the Perth Mint to be processed. 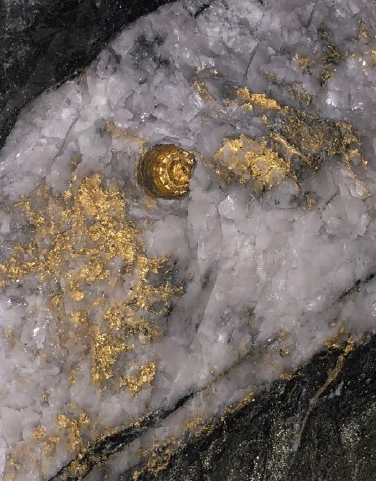 While this unusual find has turned heads globally and boosted interest in the company, some geologist are warning investors to not get caught up in the hype.

In a telephone interview with Kitco News, Mickey Fulp, creator of the Mercenary Geologist Newsletter, said that while this is an unusual find, it is not uncommon. He added though that it’s questionable whether someone can build a mine plan from just one haul.

“It’s a fantastic find but they are going to need a few more specimen rocks to really make a go of this,” he said. “They have found 9,000 ounces of gold but in the grand scheme of things, that is not a lot.”

Fulp added that investors need to pay attention to the fact that the Beta Hunt mine is not a priority for the company. In fact, the company has been actively trying to sell the mine. It is expected to use the capital to further the development of its nickel-cobalt project in northern Quebec.

“I think if I had owned shares of this company, I would have sold on this news and walked away happy with the profits,” said Fulp.

Joe Mazumdar, co-editor of Exploration Insights, also warned investors to be cautious with this find and the company.

“We are not buyers at the time as the market has already priced in some upside giving RNX a market capitalization of ~C$66 M. Any mineralization along the other structures will probably be of a restricted tonnage, albeit a very high grade, and the company’s financials and strategic priorities suggests that the company is not focused on the Beta Hunt mine,” he wrote in a note to clients.

Mazumdar also noted that while the find is unique, it is not unheard of. He said that Pretium’s (PVG.T, PVG.NYSE) Brucejack mine in B.C. has reported similar grades.