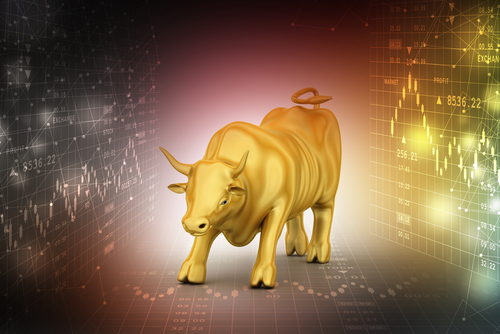 (Kitco News) - The pain gold bulls are feeling this year is “almost over,” but before the gold market turns the corner, the yellow metal could re-test its 2018 lows, according to one analyst.

The latest downward pressure on gold has come from the stronger-than-expected U.S. jobs report for August, which showed that an additional 201,000 positions were created, while the unemployment rate remained unchanged at 3.9%.

But, the key feature of the report was the average hourly wages, which rose 0.4% in August and bumped the annual increase in wages to 2.9% — the strongest growth in nine years.

“[The data] have underpinned the negative trading momentum in gold by exerting upward exposure on the dollar and U.S. real rates,” Boris Mikanikrezai, precious metals analyst at Metal Bulletin, wrote in a Seeking Alpha post on Tuesday.

Based on this, Mikanikrezai has warned that gold could re-test the 2018 low of $1,160 an ounce later this month.

“My technical indicators suggest that further weakness and a retest of the current 2018 low cannot be ruled out in September. That said, I strongly believe that the pain for gold bulls is almost over,” he said.

Just in case things get worse, Mikanikrezai pointed out that he is ready to close out his own long gold position if the yellow metal ends September below the $1,130 an ounce level.

But, being a long-standing gold bull himself, Mikanikrezai is confident that the weakness in gold is just temporary and a rally is still coming later this year.

“Being a gold bull this year is no fun. Silver bulls feel even more the pain. Against this, it is essential to focus on protecting what I have, rather than focusing on making money,” he wrote.

In the meantime, speculators continue to short Comex gold for a 10th week in a row, said Mikanikrezai citing CFTC data.

“In the year to date, money managers have liquidated a massive 540 tonnes of net long positions in Comex gold, in sharp contrast with last year when they lifted their net long positions by ~183 tonnes,” he said. “Money managers are excessively bearish on the gold outlook this year – this is the first time that such a negative speculative sentiment is observed since the CFTC started to publish its statistics in 2006.”

But, the overcrowded short-gold space presents bears with some dangers, including a sudden rush to exit and a strong short-covering rally in gold.