China To Be Key Player In Global Silver Market

(Kitco News) - China will play a major role in the global silver market for years to come, both as an industrial user and a silver miner, said the Silver Institute in a report released Wednesday. 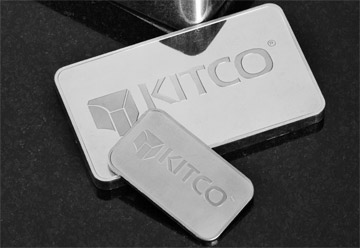 The report, titled “Prospects for the Chinese Silver Market,” was released at the 17th China International Silver Conference in Shenzhen. The report was researched and prepared by the London-based precious-metals consultancy Metals Focus.

The report called China by far the largest consumer of silver globally, accounting for 18% of global fabrication demand in recent years. Further, it said that China is the third-largest silver-producing country, as well as a key nation for processing primary raw materials from around the world.

China’s photovoltaic demand for silver in solar applications rose in recent years to an estimated 65 million ounces in 2017, the report said. In fact, more than 70% of global solar panel production takes place in China and local powder fabricators can only provide a portion of the powder and paste for manufacturing, therefore relying on imported silver to fulfill requirements.

“Although policy changes will most likely see volumes decline modestly this year, the long-term uptrend is expected to resume in 2019, assisted by still sizable local installations and strong sales abroad,” the Silver Institute said.

Additionally, growth across a wide range of end-use applications is fortifying electronic and electrical demand, the report said.

“Significant areas of growth include touch panels, light emitting diodes and equipment used in electricity generation,” the Silver Institute said. “Chinese consumption of silver for electronic and electrical uses was estimated at 78 million ounces in 2017 and is forecast to grow modestly this year.”

The report also calls for gains in demand for brazing applications that rely on silver during the years ahead as the country remains focused on developing its infrastructure. Brazing alloys and solders accounted for 24 million ounces of silver demand in 2017.

Jewelry and silverware demand has fallen in China during recent years, with combined fabrication reaching 29 million ounces last year, the report said. However, the authors of the report also said they believe the end of this downtrend is near, with silverware already turning the corner and silver-jewelry demand expected to start growing again around 2020.