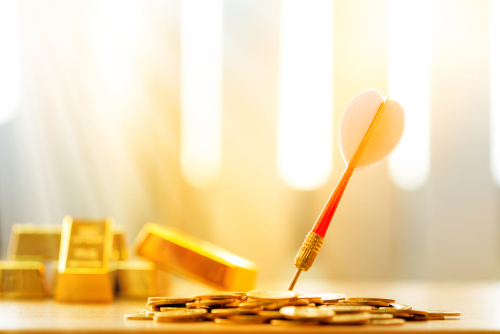 (Kitco News) - Financial fears are coming back to the forefront of what markets are worrying about and that means higher gold prices, according to the GFMS team at Thomson Reuters.

Gold prices have struggled since April, with spot gold on Kitco.com losing over 9% in just the last six months. The move down was largely driven by higher U.S. dollar and weak emerging markets, GFMS head of metals Rhona O’Connell said in a report published this month.

“The … bear market in 2018 has largely reflected the continued strength in the dollar, driven in part by trade wars and latterly by the crises in Turkey and Venezuela, with the contagion into other emerging markets’ currencies,” O’Connell wrote. “Whether any of the central banks of those struggling nations have been sellers of gold, has had less effect on the market’s sentiment than the belief, well-founded or otherwise that they might be sellers.”

GFMS is expecting new finance fears to boost weak gold prices above the key $1,200 an ounce level in the near term.

“Finance fears have re-surfaced, and we believe that ultimately they will prove to be supportive for gold,” O’Connell said.

A sudden rally in the yellow metal is also not ruled out, the report pointed out.

“The net short on COMEX was at record levels at end-August since the CFTC introduced its ‘managed money’ classification, at 244 tonnes. With outright shorts standing at 593 tonnes. Some short covering has ensued; we expect more and a sharp short covering rally is not out of the question,” O’Connell explained.

GFMS focused the report on reminding investors what gold did after the collapse of Lehman Brothers, which filed for bankruptcy on Sept. 15, 2008 — exactly ten years ago this week.

“In the chaos that ensued after the Lehman collapse (and with the U.S. Government having had to take over Freddie Mac, Fanny Mae earlier in September due to the sub-prime housing crisis) gold rallied hard and reached $899.00 on the afternoon of 23rd September,” O’Connell said. “While there was an inevitable correction, this set the foundations for gold’s three-year bull run to peak on 5th September 2011 in the morning fix of $1,896.50.”