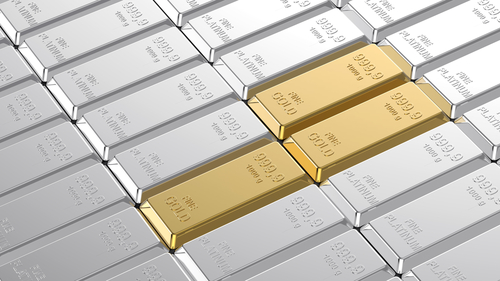 (Kitco News) - A healthier gold market environment will work in favor of one of the biggest PGM under-performers of the year — platinum, according to TD Securities, which sees the metal’s price hitting $1,100 by the end of 2019.

At the time of writing, platinum was trading at $795.00, down 0.38% on the day, according to Kitco’s aggregated charts. Melek projects for prices to rise to $900 by the end of this year and then continue to climb to $1,100 towards the end of next year.

The precious metal has been struggling for most of the year after hitting a high of $1,028 in early 2018.

“The metal is still some $150/oz lower than at the start of the year and is only trading at 80% of the palladium price,” Melek said.

“With the physical market likely tightening and supplies dropping, the platinum forward curves are flattening and may follow palladium into a backwardated trajectory (albeit not quite yet), as consumers are extending the length of their leases to lock in product. Higher funding rates and the flattening curve are also very likely to keep lease rates moving higher into 2019,” Melek wrote.

Platinum’s struggle has largely been tied to gold’s poor performance since mid-April, the note pointed out.

“Platinum's close correlation has been one of the reasons why it has been hit so hard, as the gold environment became increasingly difficult. The yellow metal has suffered as traders started to re-price treasuries as they believed that strong US growth, multi-decade low unemployment may very well keep the Fed on its dot plot trajectory into 2019. Gold and therefore platinum also suffered as EM turmoil drove capital into the greenback,” Melek said. 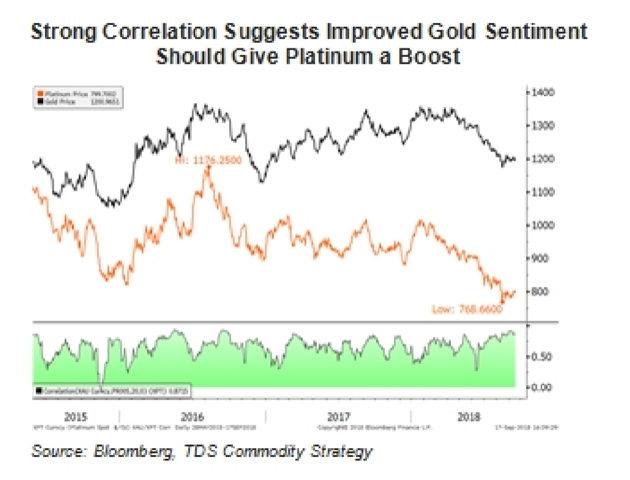 Now, things are finally looking better for gold, with the precious metal holding onto the $1,200 level. According to Melek’s price projections, the yellow metal will end the year at $1,275 and then climb towards $1,375 by the end of next year. December gold futures were last trading at $1,202.80, down 0.25% on the day.

“Sliding USD index, contained rate expectations and concerns surrounding risk appetite helped gold to trade near $1,200/oz,” TD Securities noted. “Disappointing U.S. inflation numbers sapped strength from the hypothesis that the Fed will stay on its dot plot course, which helped to drive gold into $1,200/oz territory as the USD was losing momentum.”