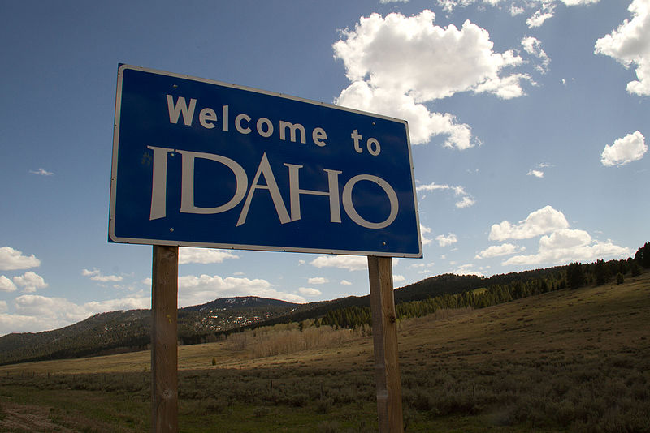 (Kitco News) - New technology, new players and new ideas are helping revitalize Idaho’s mining sector more than 150 years after gold was first discovered and led to the creation of the state.

While Idaho has always been one of the top mining jurisdictions in the U.S. and the world, the region has recently toiled in obscurity; it has been nearly two decades since gold was produced in the area.

However, perceptions are starting to change. In an interview with Kitco News, C.L. "Butch" Otter, governor of Idaho, said that the state is open for business as it works with a variety of new junior miners that see untapped potential in the region’s mineralization.

Otter noted that Idaho has rich mineralization and is home to the historic Coeur D'Alene silver valley and major silver producer Hecla Mining (NYSE: HL). The region is one of the richest mining areas in the world, producing metals valued at $2 billion since 1885.

“Mining is part of Idaho’s DNA,” he said. “We have established a reputation that we are doing business in the right way. Capital wants stability, security and predictability, and those are all things our government is providing for the resource sector.”

Major producers are even starting to take notice of Idaho’s renewed potential as Barrick Gold (NYSE: ABX, TSX: ABX) recently invested $38 million in Midas Gold, which is pushing its Stibnite gold project through the permitting stage, which could be concluded by 2020.

George Salamis, president and chief executive officer, said when his team was looking for a new mining opportunity, Idaho fit his criteria of being a world-class jurisdiction. He added he expects to see further interest in the state from major precious-metal producers.

“You just can’t ignore the rich mining culture and history in Idaho,” he said. “Idaho is at the turning point of being recognized once again as a major mining jurisdiction.”

One factor that is helping to change investor and market perception, he said, is the state’s commitment to the resource sector.

In a specific example, Salamis said that the state government has been a lot more proactive during the permitting process. He noted that it took only six weeks for Integra to get exploration drill permits. This past year the company has spent $10 million on a drill program, the first exploration program on the property in the last 25 years.

Not only is Integra providing a fresh look at its project resource, but Salamis said that the company is taking advantage of technology and a new understanding of the region’s geology to review and find new drill targets.

“There has been a lot of advances in the geology and we are using some of the latest thinking in how deposits are formed to guide us where to go next, and it is bearing fruit,” he said.

Revival Gold is currently exploring and developing its resource at its Beartrack property, which produced 600,000 ounces of gold in the 1990s.

Hugh Agro, president and CEO of Revival, said that his company is looking to capitalize on what he sees will be a new bull market in gold. He added that officials are excited to be working in Idaho not just because of the projects potential but because of strong support from the government.

“There is a resurgence of interest in projects in the United States, and Idaho is a big piece of that,” he said. “The state has an interest in growing its economy and doing so by leveraging its resources sector in a responsible and sustainable manner.”

He added that in the current environment with growing political uncertainty, investors are putting a premium on projects in safe jurisdictions with established rules of law.

“Idaho is probably one of the most mining-friendly states and that gives investors some security,” he said. “The last thing investors want is to be sideswiped with a political issue, which renders their investment ineffective.”

Finally, Agro added that this team was attracted to Idaho because of its geology. He explained that the Beartrack mine suffered because of low gold prices and a lack of focus. However, he said that a new understanding of the area’s geology is helping to revive the property and adding resources.

In July, the company revised its resource and identified 1.2 million ounces of indicated gold and 800,000 ounces of inferred gold resources.

“Idaho has great geology and is rich in resources that we are only starting to understand,” he said.

While there is momentum and perception that Idaho is a world-class jurisdiction, the industry also recognizes that more work needs to be done to maintain this energy.

Benjamin Davenport, an executive with the Idaho Mining Association, said companies like Integra and Revival are not just breathing new life in the sector, but in also communities that have suffering economically.

“People are getting excited in our communities again that that is a great thing to experience,” he said.

Davenport said that the association is working with the government and regulators in an ongoing effort to improve the development of the resource sector. He added that some of the laws and regulations haven’t been updated since the late 1970s.

“We want to make sure there are clear expectations for projects,” he said. “Everything we are doing is creating a high level of confidence in the sector.”

Davenport added that the association is also working with the state’s geological survey to get an updated picture of the state’s resource.