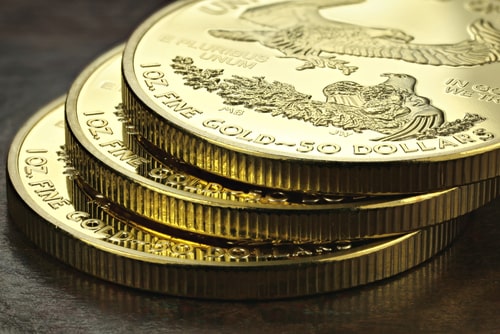 (Kitco News) - With the summer sales peak season now over, the U.S. Mint still reported substantial demand for gold and silver coins in September, with the latter showing a massive jump from last year.

The number of American Eagle gold coins sold in various denominations reached the highest level since January, with the total for September coming in at 60,500, up 41% from August, according to the latest sales numbers from the U.S. Mint.

This is in contrast to the amount of American Eagle Gold ounces sold, which edged down by more than 4% to 20,500.

On a quarterly basis, 77,000 ounces of American Eagle Gold coins in various denominations were sold.

The results look especially decent when viewed from the year-to-date perspective, with the total amount of American Eagle gold ounces in various denominations sold equaling to 197,500 so far this year.

On top of that, the silver market is looking better and better, with the 2.90 million one-ounce American Eagle Silver coins sold in September — the best results since January. The monthly sales figure went up by 47.2% from August’s 1,530,000 coins sold.

Annually, silver sales were up a staggering 89% when compared to the figures from September 2017.

The surge in demand was followed by the U.S. Mint's announcement at the beginning of September that it has temporarily sold out of its 2018 American Eagle Silver coins, adding that it is currently in the process of producing more.

“This is to inform you that due to recent increased demand, the United States Mint has temporarily sold out of its inventories of 2018 American Eagle Silver Bullion Coins,” the U.S. Mint said in a press release.