'We Favor Silver Over Gold' - SocGen 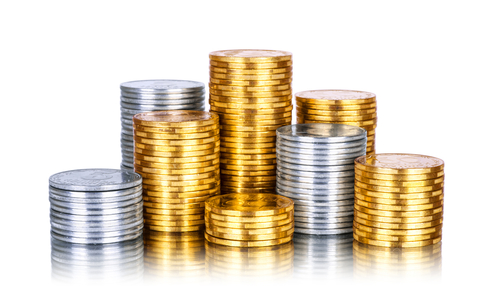 (Kitco News) - The time has finally come to look at silver seriously, according to France’s Societe Generale, which currently prefers to invest in silver over gold.

“We favor silver above gold. Silver is an industrial metal at the end of the day and has some use in the economy. It’s very closely linked to copper, which we see upside in. We are supportive of silver prices from here,” Societe Generale global commodities strategist & head of APAC research Mark Keenan told Bloomberg on Monday.

The trading recommendation from the French bank is to buy silver and sell gold until the gold-silver ration reaches 71.

Keenan said they released this trade tip when the ratio was at 85. Now, it is at 81.8, according to Kitco’s aggregated charts.

“Historically it’s never been at levels seen [recently]. It has since fallen … but still has some way to go,” the strategist noted.

When it comes to gold prices, Societe Generale is not negative either, highlighting that it still projects a decent bounce from current levels due to the unsustainably extreme short positioning in gold.

“There’s a very large short position [and] these short positions are very likely held by a few number of traders, which tends to pave the way for a violent short-covering rally,” Keenan said.

But, the negative aspects in the form of various headwinds are limiting gold’s potential recovery, including the Federal Reserve’s interest rate outlook, lackluster safe-haven demand, and poor physical demand.

Gold prices lost some of their recent gains on Wednesday, as they were dragged down by positive U.S. macroeconomic data, combined with a rally in the greenback.

The U.S. ADP national employment report for September showed a gain of 230,000, while forecasters were expecting a rise of 185,000 jobs. Also, the Non-Manufacturing Purchasing Managers Index rose to a reading of 61.6% in September, up from August’s 58.5%.

This mining CEO shares insights on how miners could survive in a low gold price environmenthttps://t.co/okime855c7@DanielaCambone @LundinGold #gold #mining pic.twitter.com/wqOpyqWlaK

The news comes as markets turn all the attention toward the more important Labor Department’s employment report, which is scheduled to be released on Friday. The non-farm payrolls number is expected to come in up 180,000.