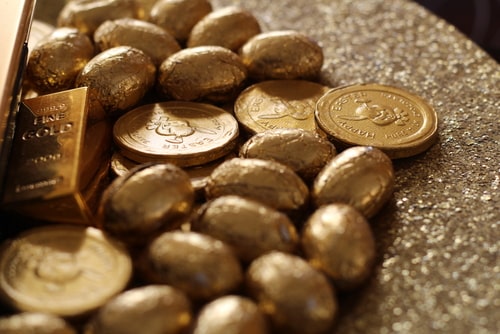 (Kitco News) - As gold struggles to get back above the $1,200-an-ounce level following a major sell-off, HSBC sees all future gold rallies capped below the $1,400 mark unless there is a “real change” in the financial markets.

“That is a nice top end [$1,400/oz] where you would have to see some real change in the financial markets [to generate that kind of rally], and a weaker dollar would have to be the case,” HSBC precious metals analyst Jim Steel said at the LME Seminar on Monday, which is happening alongside the annual LME Week gathering.

The U.S. dollar will continue to be a very important part of the equation, added Steel, noting that HSBC projects more gains for the greenback as the Federal Reserve raises rates next year.

Based on this, the bank forecasts gold to average at $1,274 an ounce this year and remain below the $1,300 level next year.

Steel also blamed low volatility in the gold market on no significant movements in the equities space.

“With this aging equities rally globally, if we do get some financial market uncertainty, I think gold's likely avenue for a rally will be through a rise in volatility,” he said.

The precious metals analyst highlighted a sell-off in equities in the beginning of the year, which triggered a jump in gold prices.

Another major obstacle for gold will remain the popularity of the U.S. Treasury notes, which have been stealing some of gold’s safe-haven appeal this year.

“U.S. equities have gone up, there has been a flight of cash into U.S. Treasuries and that has kept U.S. interest rates relatively low, despite the fact that the Fed [Federal Reserve] has tightened the front end of the curve,” Steel said. “That has resulted in a stronger U.S. dollar, and that has weighed on gold.”

On top of that, trade war rhetoric offered no support to gold prices so far, Steel noted, stating that international trade is chiming along in light of threats and tariffs.

“If you think that eventually, the forces of anti-globalization will wear trade down to no growth, then the gold market is likely to do well,” Steel said.