Gold Is 'Ripe' For A Rally, Metal's Weakness Not 'Justified' - WisdomTree Investments 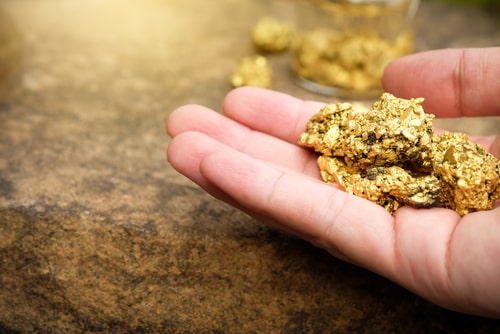 (Kitco News) - The yellow metal’s poor performance this year is not “justified” and gold prices are overdue for a rally, according to New York-based WisdomTree Investments, which forecasts gold to climb back up to $1,320 an ounce next year.

“[This kind of] decline is [not] justified by the 11 basis-point rise in bond yields and 0.4% gain in the U.S. dollar. Rather, gold’s poor performance seems to have been driven by a collapse in sentiment,” said WisdomTree director Nitesh Shah.

Shah believes the argument that precious metals investors “lost faith” in the metal as a safe haven is wrong. “The fact that developed market equities remained strong during the period suggests that investors weren’t looking for a safe haven,” he said.

The current market “pessimism” around gold is “excessive,” he added. “Gold appears ripe for a short-covering rally. Our base case is for the metal to end this year close to USD1,270/oz and reach USD1,320/oz by Q3 2019,” Shah noted.

WisdomTree highlighted that even though the Federal Reserve’s plans to hike rates this and next year weighs on gold prices, much of the tightening cycle has already been priced in.

Some minor support for gold prices is likely to come from the expected U.S. dollar weakness.

“While we don’t think that three Fed rate hikes will surprise the market, there is a risk that other central banks could tighten policy. Combined with growing indebtedness in the U.S. - exacerbated by recent tax cuts - this would put downward pressure on the greenback.”

Yet, the biggest driver for gold will be the sentiment, Shah said while noting that current extreme net short positioning is unsustainable.

“We measure sentiment by looking at speculative positioning in the gold futures market, which is at its lowest level since 2001. Simply put, we think the current negative net speculative positioning is unusual, particularly in light of the risks in the market,” he said. “Consequently, even in a flat to mild price recovery, many short gold positions (i.e., investments based on the expectation that the metal’s price will fall) will be covered.”

The report noted three main elements that could trigger a big move in gold in the short-term — trade wars, Brexit negotiations, and financial tensions.

“Our base case is that speculative positioning in the futures market will be restored as short positions are covered, driving gold prices to about USD1,320/oz by this time next year,” Shah said.