Gold Rises Firmly Above $1,200 As U.S. Inflation Undershoots In September 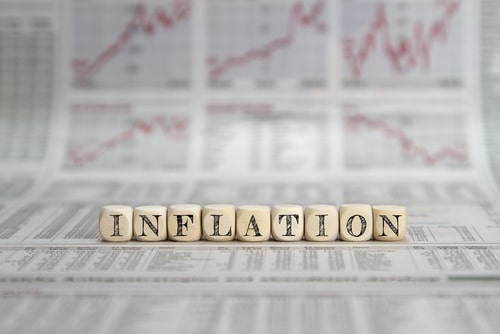 The U.S. Consumer Price Index rose 0.1% in September after advancing 0.2% in August, the U.S. Labor Department said on Thursday. Consensus forecasts were calling for a rise of 0.2%.

In an immediate reaction to the data, gold prices climbed to daily highs, with December Comex gold futures last trading at $1,213.20, up 1.66% on the day.

Rising shelter costs led the increase in the September CPI, rising 0.2%, while the energy index was down 0.5%, the report said. In the meantime, food costs remained largely unchanged and new and used vehicles costs dropped.

Annualized inflation also fell short of market estimates, coming in at 2.3% versus the expected 2.4% in September.

Monthly core inflation, which strips out volatile food and energy costs, rose 0.1% last month, following a 0.2% advance in August. Annualized core inflation was at 2.2% versus the estimated 2.3%.

Inflation pace has been a concern for investors, Federal Reserve officials and even politicians these past few months, with the U.S. President Donald Trump once again criticizing the Federal Reserve during a media scrum on Tuesday, saying that central bank officials can afford to hold off on raising interest rates as there are no signs of inflation.

Talking about this year’s U.S. economic growth, Trump said: "I don't want to slow it down even a little bit."

Analysts said the September CPI report showed another “soft” month for inflation, adding that the data should be negative for the U.S. dollar and thus benefit gold prices.

“Core CPI inflation is now tracking 2.2% which likely implies a tick down in the Fed's preferred measure of inflation, core PCE, to 1.9%, a touch below the central bank's target. As a result, the slight downside miss should be moderately negative for the US$ and positive for fixed income,” CIBC World Markets senior economist Katherine Judge wrote in a note to clients.