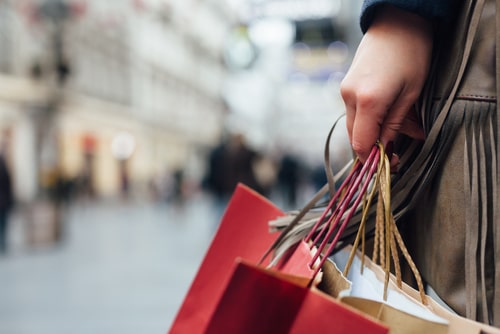 U.S. retail sales rose 0.1% in September following a downwardly revised advance of 0.1% in August, according to the latest data from the U.S. Commerce Department. Economists were expecting to see an increase of 0.7% in last month’s headline number.

In an immediate reaction to the retail sales figures, December Comex gold futures extended their gains to $1,235.0, up 1.06% on the day. Earlier in the session, gold prices already hit a ten-week high of $1,236.90 an ounce, supported by safe-haven demand and technical buying, according to Kitco’s senior technical analyst Jim Wyckoff.

The Commerce Department said that the impact of Hurricane Florence on September’s data was impossible to calculate. But, the weakest part of the report was spending at restaurants and bars, which dropped 1.8% - the most in nearly two years.

But, the report’s control group, which strips out autos, gas, building materials, and food services, was up 0.5% versus the expected 0.3%.

Economists highlighted this part of the report, pointing to some broad-based strength.

“It wasn't all bad news as the control group (ex auto, gasoline, building materials and restaurants) saw a 0.5% gain, with increases pretty broad-based. As such there's no obvious sign that Hurricane Florence impacted today's figures - often the impact of such weather events on retail sales isn't as obvious as it is for other series due to people's propensity to stock up on essentials ahead of the storm hitting,” said CIBC Capital Markets senior economist Andrew Grantham.