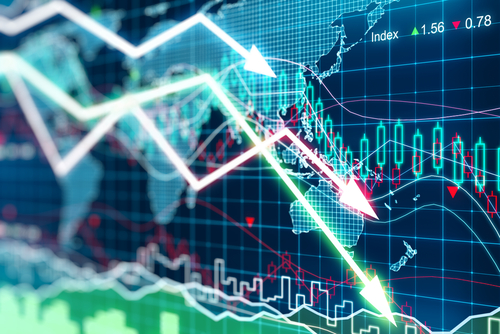 “The IMF signaled in its 2018 Global Financial Stability Report, an increase in commonly used metrics of risk highlight the relevance of including gold in a portfolio both for the near and long term – from a tactical and strategic perspective,” the WGC said in a report published on Wednesday. “Gold is one of the most liquid assets in the world and could be sourced should we enter crisis times.”

The IMF’s report released last week downgraded this and next year’s global economic growth to 3.7% from its July projection of 3.9%.

The organization is also forecasting a slowdown in the U.S. economic growth next year from 2.9% in 2018 to 2.5% in 2019, citing escalating trade war with China.

“We judge that, even for the near future, the possibility of unpleasant surprises outweighs the likelihood of unforeseen good news,” said IMF chief economist Maurice Obstfeld.

Market complacency is a big risk that could help boost gold prices higher, according to the Gold Council.

“Complacency could creep in after sustained years of one-directional movement in the stock market. Trading volumes have been light and liquidity under stress has not been tested in over a decade,” the report added.

Following the release of the IMF’s report, American stocks lost 4%, European stocks were down 3% and Asian fell 4%, the WGC noted.

The WGC also highlighted gold’s historical role as a hedge against market and economic risks, citing the IMF’s downbeat outlook.

“While there have been headwinds for gold over the past six months, there are clear reasons, based on the IMF’s most recent report, for gold to move upwards. The global economic recovery has been uneven, hurting EMs; complacency has crept into the market, questioning liquidity; market valuations are at extreme levels; debt has grown substantially globally, and increased tightening could hurt markets,” the WGC said.