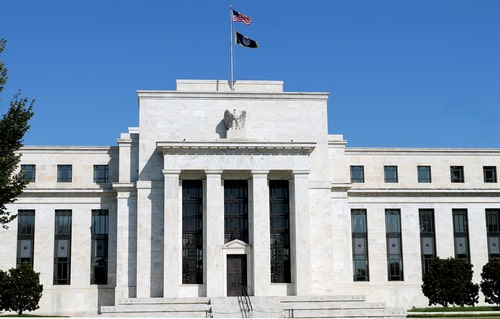 (Kitco News) - Gold prices continued to trade slightly lower on the day after the release of the FOMC meeting minutes from September, which pointed to more rate hikes.

The meeting minutes revealed that the third rate hike of the year was unanimous and that there was a general agreement that further rate hikes will be needed in the future.

Gold prices slightly edged down following the news but kept the majority of previous gains, which pushed prices to 10-week highs earlier this week. The December Comex gold futures were last trading at $1,226.80, down 0.34% on the day.

During the last Federal Reserve meeting, the committee voted to raise its benchmark rate target by 25 basis points, taking the range to 2-2.25%.

“With regard to the outlook for monetary policy beyond this meeting, participants generally anticipated that further gradual increases in the target range for the federal funds rate would most likely be consistent with a sustained economic expansion, strong labor market conditions, and inflation near 2 percent over the medium term,” read the minutes released on Wednesday.

Another key element from the minutes is the discussion around future monetary policy, with members saying that the Fed might need to go beyond normalization and embrace a more restrictive stance.

The meeting minutes also highlighted that “almost all” officials were behind the decision to remove the “accommodative” phrase from September’s statement, stating that it pointed to a “false sense of precision” regarding where the neutral rate really is.

“As such the minutes suggest that policymakers, while aware that interest rates are no longer supporting growth much, are still likely to continue hiking at a gradual pace with the majority believing these hikes will take them slightly above the neutral rate,” said CIBC Capital Markets senior economist Andrew Grantham.

Economists said that there was nothing surprising in the minutes that changes the Fed’s short-term plans to carry out more rate hikes.

“Overall, nothing here to change our view that the Fed will persist with its ‘gradual approach’ of hiking by 25bp each quarter,” said Capital Economics chief U.S. economist Paul Ashworth.

Another comment Trump made last week was during an interview with Fox & Friends: “I’m paying interest at a high rate because of our Fed. And I’d like our Fed not to be so aggressive because I think they’re making a big mistake.”