What Will A Divided Congress Mean For Gold, Financial Markets? 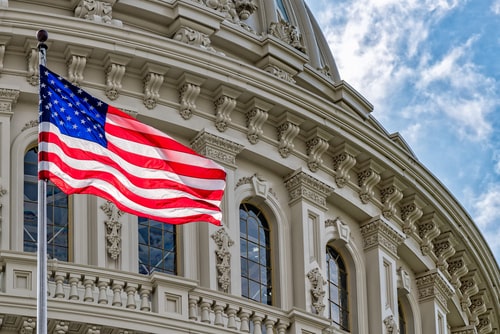 (Kitco News) - Even though the U.S. midterm elections are difficult to predict, TD Securities said the most likely scenario is a divided Congress. But what does that mean for financial and precious metals markets?

“Political risk is notoriously difficult for markets to predict. This is in part due to the increasing unreliability of polls to determine election outcomes, as was the case in the 2016 U.S. Presidential election. There is also uncertainty about the policy outcome even if the results of the election are known,” strategists at TD Securities wrote in a report published on Tuesday.

Even though historically midterm elections didn’t have much of an impact on markets in the past, this time around things could be different “given how much of the equity and rate move was driven by the Trump tax cuts in late-2017,” said the bank.

With just under three weeks to go until the midterms, polls are pointing to a divided Congress, according to TD Securities.

“Democrats are currently projected to win control of the House, although their majority may be slim. Republicans are expected to retain control of the Senate — although well short of a 60-seat, filibuster-proof majority,” the strategists wrote.

What this means for the markets is almost no chance of agreement between both parties, the TD report added.

“We think Democrats will begin impeachment proceedings if they win control of the House, which likely will preclude any cooperation with the Trump Administration. Even in the absence of impeachment, common ground on infrastructure will be hard to find; we do not expect any meaningful additional fiscal stimulus over the next two years,” strategists said.

The market environment following the election is likely to be risk-off, which is good for the yield curve and gold prices.

“A divided Congress should mean a risk-off reaction due to political uncertainty, which should bull steepen the yield curve,” the report noted.

The risks relating to the U.S. dollar, which has been rallying this year, are more to the downside, said TD Securities.

“A divided Congress, for instance, could see the market start to question how much longer U.S. assets can outperform the rest of the world. A reversal of stimulus is unlikely but the long USD trade is well populated,” the strategists noted. “The USD also runs rich to longer-term valuation models, so growth outperformance is crucial for continued outperformance into year-end.”

When it comes to gold, TD Securities wouldn’t be surprised to see the metal surge to nearly $1,280 an ounce in the short-term.

“Considering that gold is sitting very near a key resistance point ($1,228/oz, 100dma) and that there is record short exposure, it would not be surprising to see a breakout toward the 200dma near $1,277 should U.S. equities show additional weakness,” TD Securities head of commodity strategy Bart Melek said earlier this week.

One of the factors required for gold prices to climb higher is the continued market repricing of Federal Reserve rate-hike expectations, added Melek.

“Speculation that the sharp U.S. equities correction may limit the Fed's resolve to follow a restrictive path and capital inflows gave a big boost to gold. The resulting weaker USD and materially lower U.S. 10-year yields should see interest in building length and boost prices,” Melek wrote. “In the absence of a sharp equity decline and the resetting of rate expectations, gold prices will likely gravitate modestly lower for the time being.”