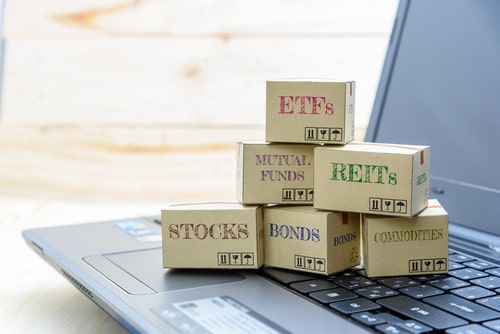 (Kitco News) - Investors in China need to allocate up to 6% of their portfolios to gold, according to the World Gold Council (WGC), which sees the yellow metal as minimizing the negative effects of volatility.

Chinese traders have had a tough year, with losses in both the equity and bond market spaces, said WGC Investment director Fred Yang.

“China’s leading index, the CSI 300, has underperformed the MSCI World Index by around 20% since 1 January 2018. At the same time, the credit spread between AA+ corporate bonds and the quasi-sovereign China Development Bank bond has ballooned to more than 200bps, highlighting concerns about prospects for domestic companies,” Yang wrote in October’s Gold Investment report.

The reasons behind poor performance include escalating trade tensions with the U.S., tightening Federal Reserve monetary policy as well as domestic deleveraging and tighter rules on shadow banking, the report said.

“The situation puts China’s investors in a difficult position. Equity and bond futures markets do not provide effective hedging tools, as they are comparatively shallow and restricted. And currency weakness is a further problem, particularly for onshore investors,” Yang explained.

In this kind of environment, gold might be the key to investors’ success, the report added.

And the right amount to allocate to gold is between 3% and 6%, the WGC said citing a study done by asset management specialists New Frontier Advisors that used optimization simulation and incorporated data from major asset classes from January 2007 to December 2017.

“The results were noteworthy, suggesting that the optimal allocation to gold increases from 3% to 6% as portfolios’ nominal target returns increase from 4% to 5.5%,” Yang wrote. “The analysis further shows that if a Chinese institutional investor makes a 6% allocation to gold it would reduce the volatility of its portfolio, increase the sharpe ratio from 0.46 to 0.54 and still keep the target return of 5%.”

Gold Bulls Resting Up For Next Upside Assault https://t.co/427JAQ1SdU pic.twitter.com/XghrvPmf9w

But this target has a much wider application as well and can be used by investors from across the world, the WGC pointed out.

“Whether institutions are invested in US-, European- or UK-listed assets, research indicates that most well-balanced portfolios would benefit from a modest allocation to gold,” the report said. “Gold has a low correlation with other mainstream assets and boosts risk-adjusted returns. As such, it has the potential to be a rewarding asset for Chinese investors.”